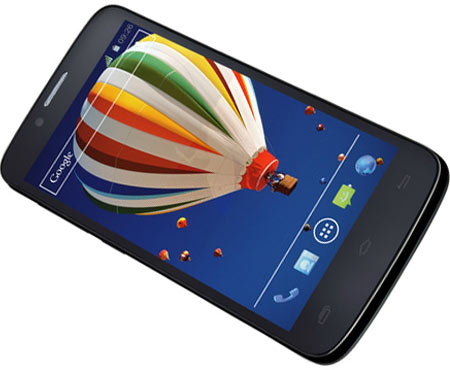 Another Xolo contender that goes by the name of Xolo Q1000 in India has made its appearance through e-retailers before the company could make it official and the phone carries a price tag of Rs 14,990. The device takes inspiration from its recently-unveiled siblings, the Q700 and Q800 handsets to operate with the help of a processor with 4 cores.

The Xolo Q1000 treats itself to the Android Jelly Bean 4.2 platform which can be expected to tag along an intuitive interface and ensure smooth transition between two applications. Prospective users need not worry about the device’s multitasking properties, thanks to a quad core processor running at a speed of 1.2GHz. It is loaded with 1GB of RAM and the smartphone should render clear graphics as it arrives with a PowerVR SGX544 GPU in tow. 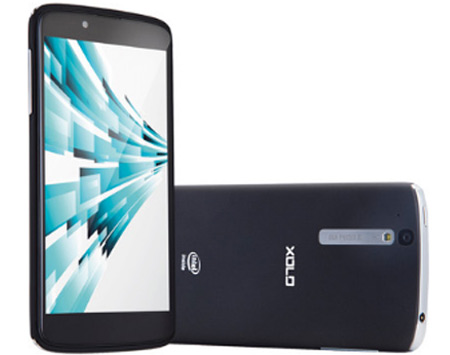 Encased in a chassis with dimensions of 70.8 x 143.5 x 8.8 millimeters, the candy bar Xolo Q1000 houses a 5-inch IPS 5-point touchscreen on the front panel, reinforced with a scratch-resistant Dragon Trail glass. It can deliver HD images in a resolution of 1280 x 720 pixels. The gadget has dual cameras as well, so customers can employ its 8MP snapper for clicking pictures and recording videos and a 1.2MP webcam for making conference calls over the web. The other features of the primary shooter include auto focus, a BSI sensor, a CMOS sensor and digital zoom amongst others.

Its internal storage is merely 4GB, but a microSD expansion slot is present for allowing users to increase it further by up to 32GB. A music and video player has been pre-loaded for keeping them entertained on the run and built-in Wi-Fi is responsible for offering internet access through hotspots. There’s Bluetooth v4.0 for transferring data to and from compatible gadgets as well as a 3.5mm audio jack and a USB port for tethering the handset to systems and peripherals. A 2100mAh battery can be expected to cough up talk time of close to 14 hours in the 2G mode. 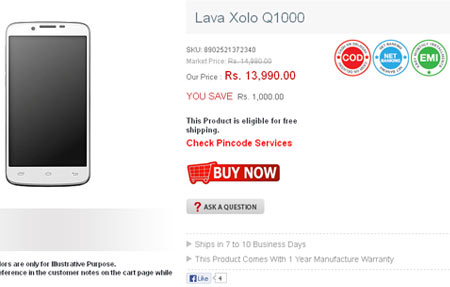 ManiacStore is selling the Xolo Q1000 in India for Rs 13,990 instead of Rs 14,990. Flipkart has also listed the phone on its website, but without much details.