After much teasing, the new Xolo Prime smartphone has finally been revealed by the Indian company. This device is distinguished by its slim body which features a glass finish, while it also happens to offer the Android 5.0 Lollipop OS out of the box.

Priced at just Rs 5699, the Xolo Prime is ready to be made available in four different color options, namely red, blue, black and gold. It’s a dual SIM 3G gadget, just like most other smartphones of its class.

Xolo has fitted onto the device a 4.5-inch IPS display bearing an FWVGA resolution of 854 x 480 pixels. The show is run by a 1.3GHz quad core processor which is most likely sitting atop a MediaTek chipset. This setup is provided assistance in its operations by 1GB worth of RAM. 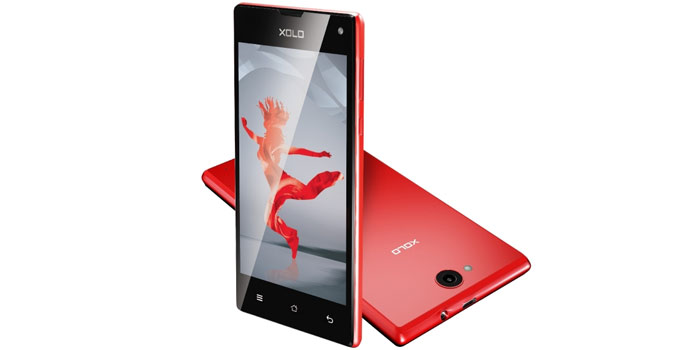 The Prime smartphone has been blessed with 8GB worth of internal storage as well as a microSD card slot. There’s a 5MP autofocus camera sitting on its rear surface, whereas a front snapper with VGA resolution has also been granted to it by its maker.

A neat look at the specs of the Xolo Prime:

Furthermore, this Xolo device carries onboard a 1800mAh battery as well. Android 5.0 Lollipop is its main distinguishing factor, and it will sure give the handset some edge over its competitors.

The Xolo Prime is expected to hit the Indian market within the next few days, tagged with the above mentioned retail value of Rs 5699.