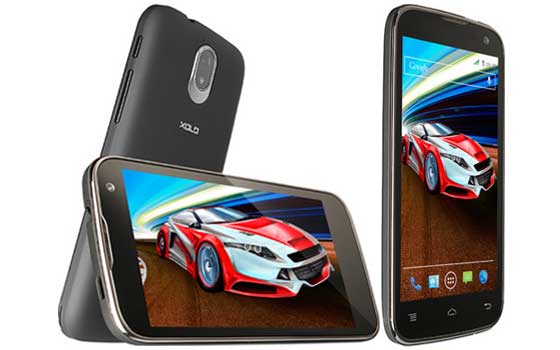 The Xolo Play T1000 which had been hovering in the news for quite some time and went on to be tagged with an official title in India, is now available at Rs 15,999. What’s strange is that even though the company claims the device to be up for grabs at the aforesaid rate, its site leads interested folks to Flipkart which still hasn’t stripped the smartphone of its pre-order status.

The manufacturer has termed the Play T1000 as a complete entertainment powerhouse, especially since the phone comes bundled with a 1.5GHz quad core Nvidia Tegra 3 processor and 12 core ULP GeForce graphics. This shouldn’t however, take a toll on the operation time derivable, considering that the chipset is home to a fifth battery saver core.

Speaking of which, it consumes power from a 2,000mAh power pack. Owning to the inclusion of this, users should be able to reap up to 11 hours (2G) or 9 hours (3G) of talk time. If left on standby, the device ought to survive for roughly 227 hours (2G) or 413 hours (3G). Those who have been keeping track of the smartphone will know that it accommodates a 4.7-inch OGS IPS screen with a resolution of 1280 x 720 pixels.

The handset may even catch the eye of avid casual photographers, bearing in mind that its back panel sports an 8MP camera featuring a flash, a BSI sensor, autofocus, face recognition and more. Additionally, the snapper is skilled enough to record videos in full HD.

Apart from reaching Flipkart, the Xolo Play T1000 has also been put up on Snapdeal at a price of Rs 15,900.

Let’s steal a quick peek at the device’s technical specifications: