Xolo One is the name of the company’s new smartphone which has its price set at an affordable Rs 6599. Although the name, price as well as the specs will give you the impression that it’s an Android One device, it’s most definitely not one, since it does not carry the said branding.

The design of this Xolo phone is highlighted by its faux leather back panel. And moreover, it’s available in six different color options. Android 4.4 KitKat is of course the OS of choice, and things have been kept pretty stock in the software department. 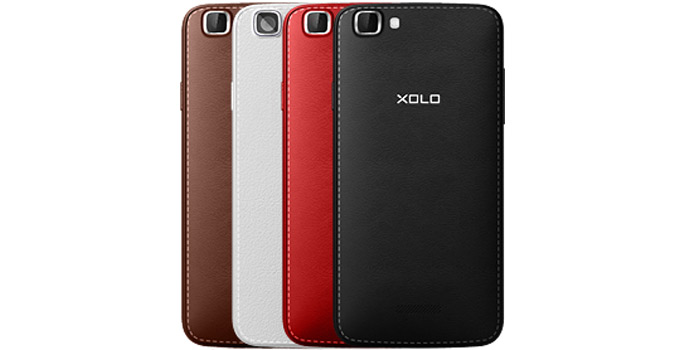 We wonder what happened to the Hive UI which Xolo unveiled with much gusto earlier this year. It was first seen on the 8X-1000 smartphone, but has not made its way onto any of the company’s other products till date for some reason.

The Xolo One ships with a 4.5-inch FWVGA display, and is run by a 1.3 GHz quad core MediaTek MTK 6582M processor which has become quite common these days. 1GB worth of RAM and 8GB worth of storage space is what the company is bundling the device with.

Aside from that, a microSD card slot that supports memory expansions of up to 32GB has also been made available for it. A 5MP main camera with a flash as well as a VGA front-facing camera also make their way onto it.

Here’s a good look at the specs of the Xolo One: 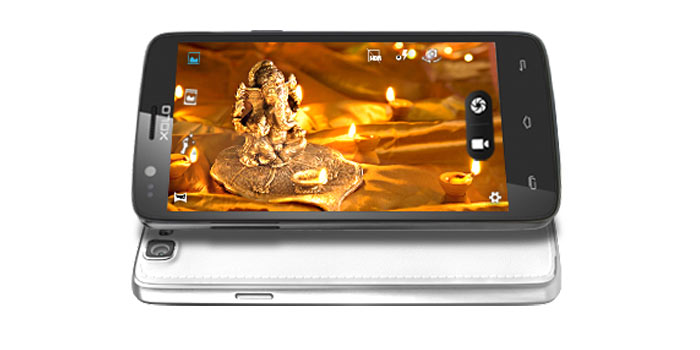 To be clear again, the Xolo One isn’t an Android One phone, but something that the company hopes will steal the thunder from the Micromax, Karbonn and Spice smartphones selling under the Google branding right now.