Those who were eagerly awaiting the launch of the much teased Xolo Black smartphone will be pleased to know that the device has finally been made official by its manufacturer. This neat new handset has been blessed with a dual camera setup and a number of other interesting features.

Priced at Rs 12999, the Xolo Black is slated to be made available via Flipkart from Monday onwards. It will come bundled with an inactive Vodafone SIM that interested parties can activate in order to grab 1GB of free data per month for two months as well as unlimited access to Vodafone music for two months.

This Xolo offering kicks in a hybrid dual SIM tray which means that the second SIM slot turns into a microSD card slot for those who require additional storage over its 16GB of stock space. The phone grabs a 5.5-inch 1080p full HD monitor that’s covered with Corning Gorilla Glass 3 for superior protection. Moreover, it’s rear surface has received oleophobic coating as well. 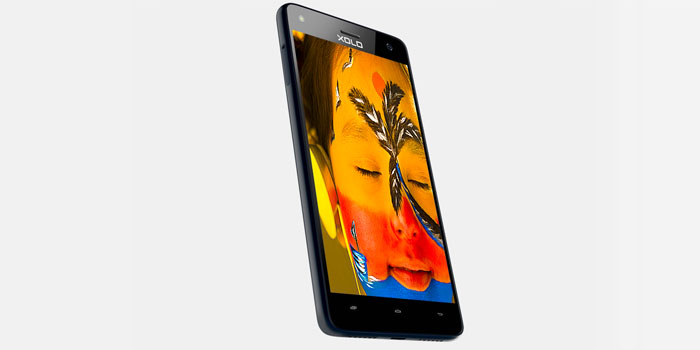 Coming to its camera setup, the main 13MP unit on its rear surface is accompanied by a 2MP snapper that helps in fast focusing and depth sensing. The focus-after-clicking functionality which was popularized by HTC devices is hence possible. The flash on the Black is dubbed a ChromaFlash, and is touted to maintain natural looking colours and skin tones in low light. A flash is also present on its front besides its 5MP selfie camera.

Here’s a quick glance at the specs of the Xolo Black:

The new Xolo smartphone offers 4G LTE support in India, while it runs a Hive UI-equipped version of Android 5.0 Lollipop OS. Its power button has a hidden notification light, and there are several new software traits to take advantage of as well.

The Xolo Black will be purchasable on Sunday from between 4pm to 8pm only for existing Xolo customers. Others will be able to buy it from Monday onwards via Flipkart and Vodafone flagship stores.