Xolo announces price cuts for several of its Android phones

Xolo has revealed that several of its smartphones have received price cuts in India, including the Q1010i, the Opus HD, the Q700S Plus, the Q500S IPS and the A500s Lite. All of the aforementioned handsets retail for under Rs 10000 and the tags start as low as Rs 4499.

The Xolo Q1010i was initially launched for Rs 13499 and with the latest reduction in its retail tag, the handset can be purchased for just Rs 9999. What makes this phone an alluring one is that is offers mid-range hardware including a 5-inch HD display and an 8MP rear camera with an Exmor R sensor from Sony which is the phone’s main highlight. 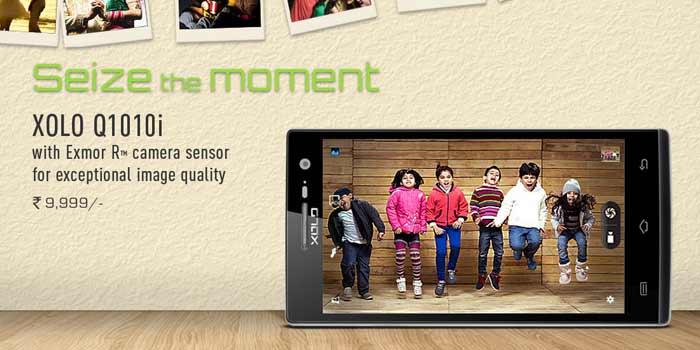 Next we have the Opus HD which was launched just this October for Rs 9499 carrying a large 2500mAh battery and other alluring mid-range specs. The phone’s new retail tag makes it Rs 1000 cheaper as it’s now selling for Rs 8499. Like the Q1010i, the Q700s Plus also has an 8MP Sony Exmor R main camera and it’s available for Rs 7199 (originally launched at Rs 9999).

Then there’s the Q500s IPS which offers a basic Android KitKat experience and comes in colorful options. The phone is now tagged at Rs 5499, down from Rs 5999. Last on the list is the A500s Lite which is one of the most attractive entry-level smartphones on the market. The device flaunts a leather finish on the rear panel and was available for Rs 5499, but can now be purchased at just Rs 4499.

The aforementioned Xolo devices should already be available at the new rates through retail stores and online.