An unannounced Xolo A500L Android smartphone has been spotted on the company’s website even though we haven’t heard of an official unveiling yet. Sporting a very run of the mill appearance, the handset is stuffed with features that match the exterior.

Even without knowing the price, you could call it a low budget phone solely based on it specifications. Meaning Samsung and Micromax have some more competition to watch out for. The Xolo A500L has a 4-inch touchscreen across its front and it runs on Jelly Bean. 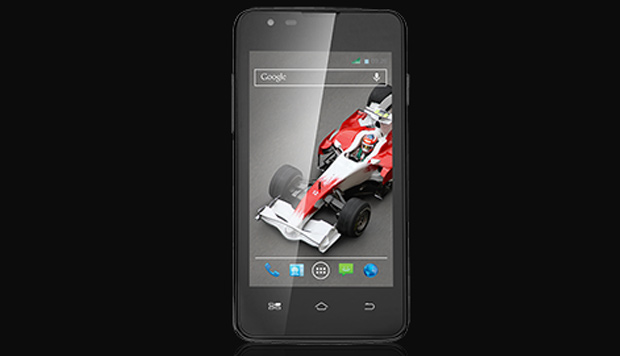 As is the norm with mid-range handsets in India, the A500L embeds two SIM card slots for letting users switch between numbers without having to bother with two devices. It fits in a 1500mAh battery to deliver up to 13 hours or 7.5 hours of talk time on 2G or 3G networks, respectively.

The smartphone is powered by 512MB of RAM and offers 4GB of flash storage. Since users are likely to fall short of hoarding room, the company has also added in a slot for slipping in a microSD card of up to 32GB. Also hidden under the hood is a dual core 1.3GHz MediaTek processor.

There’s no mention of the A500L’s price on the Xolo website. But we’re assuming it’ll pop up as soon as the company goes official with the launch.