The immense success which the Xiaomi Redmi 1S has generated for its company in all the territories it’s being sold in warrants a successor, and it seems it will be getting one soon. The handset’s specs have just been leaked, giving us a clear look at what to expect from it whenever it’s out.

As revealed by Phone Arena, the Xiaomi Redmi 1S successor has been spotted in the AnTuTu database in the form of a model codenamed HM2014811. Expected to arrive early in 2015, this smartphone will retain most of the key hardware of its predecessor which won’t make it that big an upgrade over the 2014 model which is being sold right now. 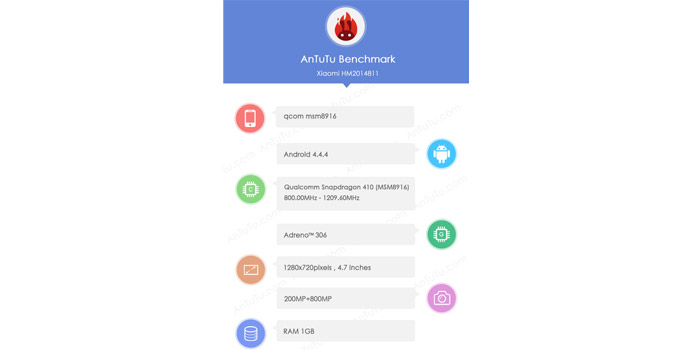 This new Xiaomi phone is said to grab a 4.7-inch display with a resolution of 720 x 1280 pixels (312ppi). An LTE-enabled 1.2GHz quad core Snapdragon 410 processor bearing the 64-bit architecture has also been granted to it apparently, aside from 1GB worth of RAM and an Adreno 306 GPU.

The AnTuTu listing is showing that the handset runs the Android 4.4.4 KitKat OS which will obviously be coated with MIUI. There are no upgrades in the camera department as well, as a duo of 8MP and 2MP snappers will be present on its rear and front surfaces, respectively.

Here’s a look at the leaked specs of the Xiaomi Redmi 1S: 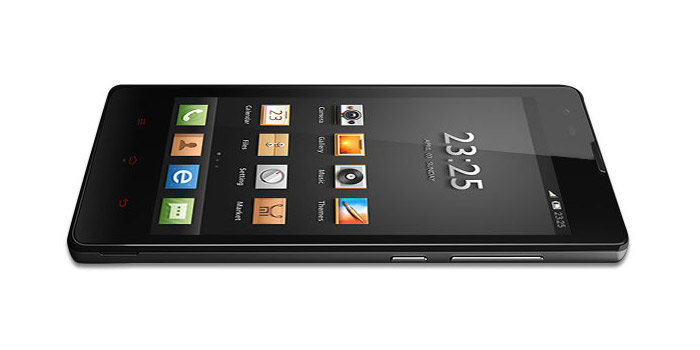 The Xiaomi Redmi 1S successor was earlier seen in a TENAA entry, and is expected to be unveiled soon with an affordable price.