For the first time since Xiaomi entered India earlier this year, two of its smartphones namely the Redmi Note 4G and the Redmi 1S will be going on sale on the same day. While it’s currently the former which is being sold as the flagship in the country, it’s perhaps the great demand for the latter that has compelled the Chinese company to bring it back.

Both the sales will of course take place on Flipkart on January 6, and while that of the Xiaomi Redmi Note 4G will commence at 2pm, the Redmi 1S will be made available only at 5pm in the evening. We don’t know the exact number of handsets that will be put up by the company, but we’re certain that they’ll be going out of stock within seconds. 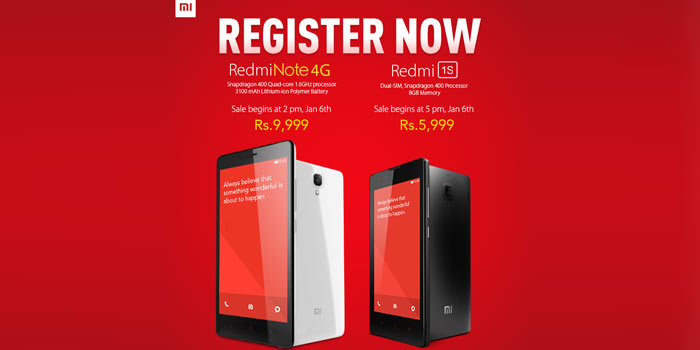 The Delhi High Court has only allowed Xiaomi to sell devices running Qualcomm-made processors till January 8, which is perhaps why the Chinese firm wishes to make the most of its opportunity on January 6. Registrations for both the sales have commenced already.