News that’s just in is telling us that the combined sales figures of the Xiaomi’s Redmi 2 and Redmi 2A smartphones have managed to breach the 13 million mark. That’s surprising as these handsets have not been out for too long, and have only been released in select Asian markets.

The number was revealed by none other than Lin Bin, the company’s president who posted it on Weibo (via GSM Arena). The Xiaomi Redmi 2 was released back in January this year, while its cheaper 2A variant was made available in April. This means both have together sold 13 million units in the span of just 5 months. The kind of specifications these devices offer and their incredibly low prices are the two main factors responsible for their success. 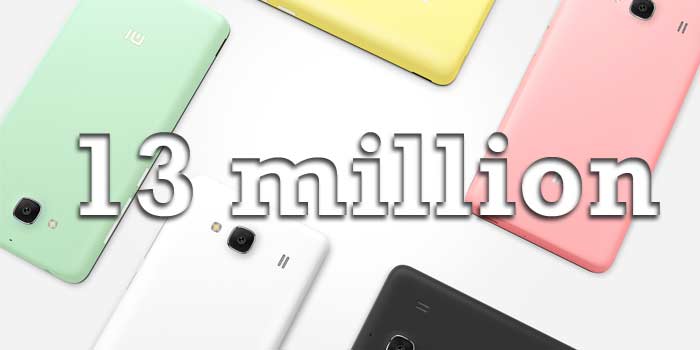 The Xiaomi Redmi 2A on the other hand, goes for a quad core Leadcore L1860C processor which helps in bringing its cost down. It retains its parent device’s 4.7-inch 720p HD panel as well as its camera and battery setup.

The Redmi 2 is available in China and a number of other countries including India, where it’s being sold at Rs 6999. However, the other device is still to enter markets other than China. It was only recently that its price was dropped to the equivalent of just $80 by the company.

We’re guessing that the Xiaomi Redmi 2A is now ready for its journey outside China, and an announcement regarding the same can be expected in the weeks to come.