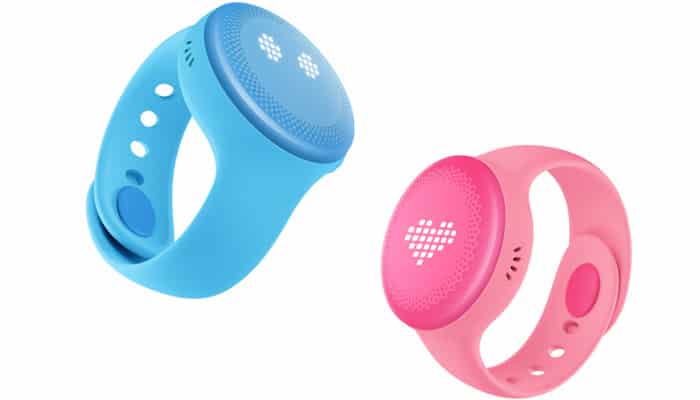 Xiaomi had officially announced its intentions to launch its first smartwatch just last week, and now the brand has gone ahead and launched one. Before you get too excited, you should know that the wearable is meant for kids; not adults.

That shouldn’t stop you from checking out the hyper-cute new Xiaomi Mi Bunny smartwatch though, since it comes across as a pretty nifty device for the tech-savvy parent. You’ll never have to worry about your kid getting lost since the phone ships with GPS and GLONASS, allowing you to track where they are at all times.

There’s even a tool to set safety areas and school routes. The Mi Bunny sends a notification if your child ventures out of these zones. In case of emergencies, your kid just has to press the SOS button and a distress signal and 7 seconds of audio gets sent across to you. The device also supports voice calls via a SIM card and can store up to 6 family member’s numbers for free group chats.

Also See: Xiaomi Smartwatch set to arrive in second half of 2016

Moreover, any calls from strangers are automatically rejected. Specs-wise, Xiaomi has equipped the smartwatch with a 300mAh battery which it claims can power the smartwatch for a maximum of 6 days on standby. A simple LED dot matrix adorns the screen of the offering, only capable of displaying emojis and time.

The Mi Bunny can also record your child’s daily activities constantly for 3 months. If you’re worried your kid isn’t getting enough sleep, the device takes care of that too by monitoring the quality and duration of their shut-eye. Youngsters are prone to damaging gadgets as well, which is where the product’s waterproof abilities should come in useful.

The Xiaomi Mi Bunny is compatible with both iOS and Android. It’s only available in China right now priced at CNY 299 (roughly $46 or Rs 3065). We’ll let you know if its hops its way to other countries anytime soon.