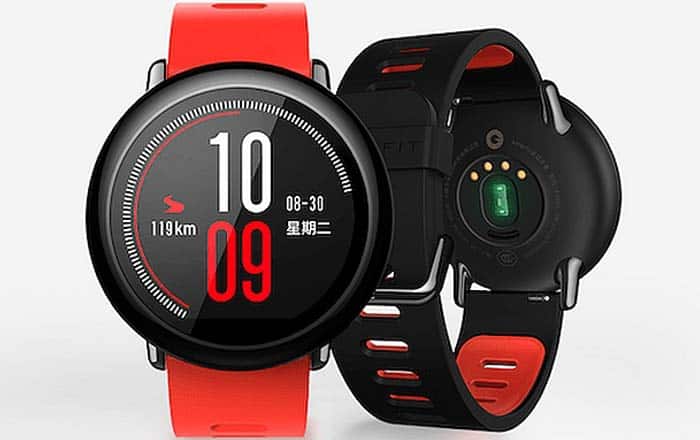 Xiaomi has officially launched its first smartwatch in collaboration with Huami as the latest addition to its Amazfit wearable series. The manufacturer is only selling the device in China for now, with no word on whether it’ll make the trip to other markets anytime soon.

To recall, Xiaomi had previously launched a smartwatch for kids called the Mi Bunny. The new Amazfit watch is its first proper venture into a full-fledged smartwatch meant for adults. The company has blessed the device with a certain degree of ruggedness by equipping it with IP67 certification for safety against dust and water.

Xiaomi also claims the wearable is the first smartwatch in the world to sport a 28nm GPS sensor. In terms of design, the brand has furnished it with a user-replaceable 22nm band and constructed the bezel of the device out of scratch-resistant ceramic.

Diving into its specs, the Amazfit comes with a 200mAh battery which can apparently power the smartwatch for 5 days at a stretch. This figure goes down drastically to 35 hours if GPS is switched on and goes up to 11.6 days if it’s just utilized for tracking steps.

Check out the specs of the Xiaomi Amazfit at a glance:

The Xiaomi Amazfit is priced at CNY 799 (roughly $120 or Rs 8000) in China. We’ll let you know the moment the smartwatch makes its way to international waters.