There’s no doubt that Chinese electronics giant Xiaomi is giving huge global players the creeps with its immensely popular low-cost yet high-end gadgets. But the company specializes in the software department as well, with its Android-based MIUI platform being the highlight in this space.

An updated version of the interface has been showcased, and its likeness to the Apple iOS design wouldn’t miss your eye. As revealed by Liliputing, everything from its blurred backgrounds, the use of bright colors, the animations and more echo Apple’s operating system. 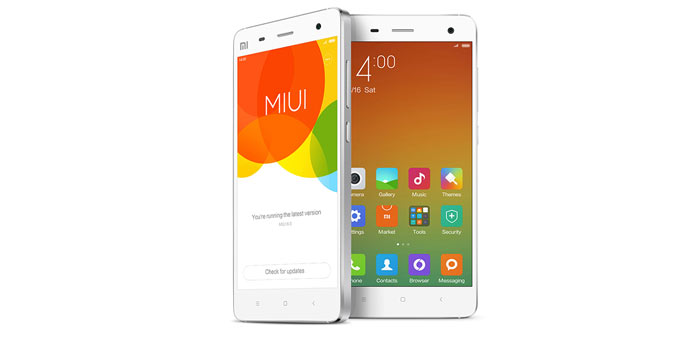 But the MIUI 6 software in itself is pretty original and is a darling of a niche audience worldwide. This new version of the Android-based platform features updated proprietary apps and more customization options.

The way the notification area works has also seen a big change, with the biggest among them being an interactive pop-up for when a call or a message is received while you’re busy in another app. Greater integration with Xiaomi’s Mi Cloud online services also forms part of the download, but due to the latest rumors which claimed them to be security threats, these can easily be shut down by users.

Provisions for additional features that can be added to MIUI themes are some more traits that are new to the software. These are just a few of the many fresh things that Xiaomi has granted to it.

A beta version of MIUI 6 is available now to willing participants. Although a date for the general release is unknown, we wouldn’t be surprised to see that happen within the next few months.