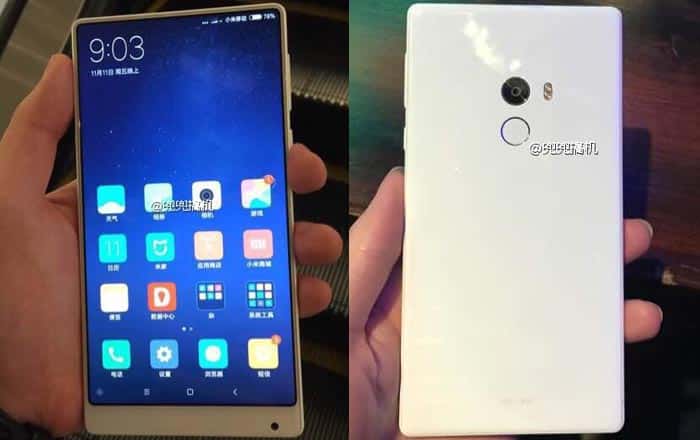 Xiaomi’s Mi Mix smartphone may have officially come out a month ago, but it’s still spinning rumor mills with news of fresh variants. The latest piece of information concerns a brand new white version of the phone.

To recall, the Xiaomi Mi Mix initially came out only in a black color model. However, new photos out of China suggest there’s a white iteration of the phone in the works. While it does appear to be very stylish, there’s no denying the fact that the black border around the screen breaks the pure white look of the device.

The extremely narrow border isn’t that noticeable in the black variant since it blends almost seamlessly with its surroundings to deliver a nearly borderless appearance. Apart from color, Xiaomi will likely equip both with the same set of specs and features.

The other spinoff being developed according to rampant speculation is a smaller version dubbed the Mi Mix Nano which sports a 5.5-inch panel. The original bears a massive 6.4-inch screen, so the newer one may be greeted with enthusiasm by people who’d prefer handling a phone with a much more manageable footprint.

Check out the specifications of the Xiaomi Mi Mix at a glance:

We’ll keep you updated as and when more information about Xiaomi’s various Mi Mix models come to light.