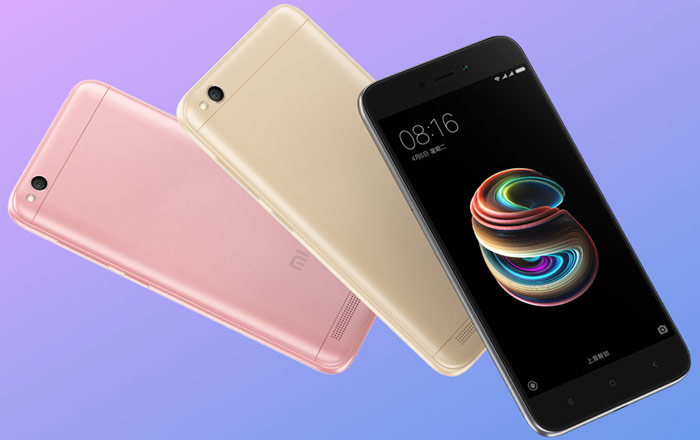 The Redmi 5A has gotten officially launched in China after a couple of leaks gave away a number of features. There’s not much to say though, since the handset is pretty similar to its predecessor.

In terms of style, the Redmi 5A has adopted a metal-esque matte design which is lighter than metal at just 137g. However, it should be pointed out that the Redmi 4A weighed even less at 131.5g thanks to its plastic body. Another change arrives in the form of the newer handset’s 3000mAh battery, which is a tad smaller than the older phone’s 3120mAh unit.

In spite of this, Xiaomi claims that the phone is capable of lasting for 8 days of standby time. The processor is the same quad-core Snapdragon 425 SoC as before, so battery life optimizations would probably be found in the brand’s latest Nougat-based MIUI 9 software.

Take a look at the Xiaomi Redmi 5A’s specifications:

The Redmi 5A has only been announced in a 16GB/2GB option, unusual for a company that typically launches multiple storage variants. It’ll set buyers back by CNY 599 which translates to roughly Rs 5890. This lines up with the Redmi 4A’s cost, so the company will probably price it at Rs 5999 if it hits India.