Xiaomi has officially released the Black Shark Helo AKA the Black Shark 2. The device will be competing against other gaming handsets like the Razer Phone 2 and Asus ROG Phone to grab your attention.

While the Razer Phone 2 and Asus ROG Phone have a 120Hz and 90Hz refresh rate, respectively, the Black Shark Helo settles for a 60Hz refresh rate. This might help explain the cheaper price tag. Still, the display is much bigger than the original at 6.01-inch, plus it’s an HDR10 AMOLED panel instead of an LCD one this time round.

Notch haters can rejoice because Xiaomi hasn’t placed a notch at the top of the smartphone. Unfortunately, fans of the headphone jack will be disappointed since the 3.5mm port isn’t around. The company has placed front-facing stereo speakers though. Dedicated gamers will probably like the flashy RGB-illuminated back logo and side strips which can change colors. 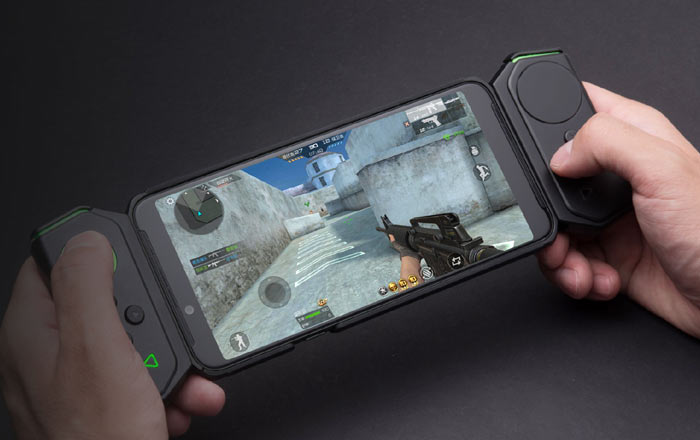 Gaming tends to overheat phones, which is why the Black Shark Helo has a liquid cooling system handy to stop this from happening. The phone even ships with a controller dock which contains a joystick and other gaming buttons. The 6GB and 8GB models only get a left-docking controller. The 10GB version gets both a left and right-docking one.

Xiaomi has only announced the Black Shark Helo for China as of now. We’ll let you know if it makes a trip outside the country in the near future.