Xiaomi’s officially launched the Black Shark through its identically named sub-brand, directly targeting gamers who want a dedicated phone optimized for their lifestyle. It’s been styled in black/green and gray/green, in keeping with its cool gamer theme.

As expected, Xiaomi has also unveiled a Black Shark Gamepad which has an old-school joystick and trigger button. It’s got a 340mAh battery of its own and Bluetooth support, functioning like half a Nintendo Switch. Buyers will have to pay CNY 179 (roughly Rs 1860) for it. It’s a pretty neat idea and sets the phone apart from other gaming handsets like the Razer Phone. 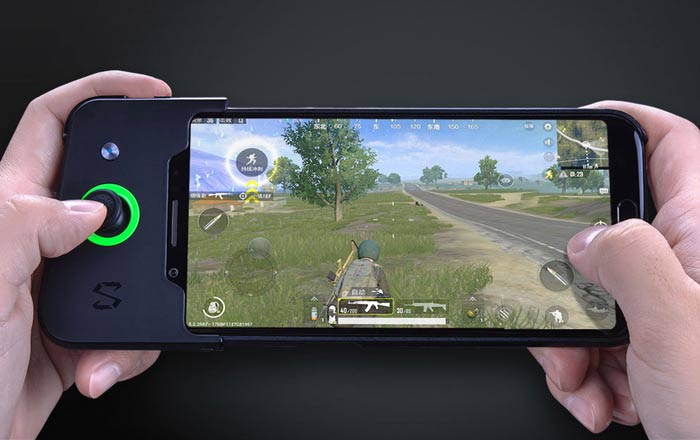 Xiaomi’s even devised a liquid cooling system to make sure temperatures stay down by up to 8°C. A Shark button on the left allows owners to devote all hardware resources towards a game to get the maximum performance out of the device. The X-shaped back of the phone is meant to ensure a better grip and the frame doubles up as an antenna for stronger connectivity.

Specifications of the Xiaomi Black Shark:

The Black Shark uses Android 8.0 Oreo as its base, but has a new JOY UI on top which shares a bit of DNA with Xiaomi’s MIUI. There’s a gaming mode of course, allowing users to silence interruptions like calls and notifications. The mic lets them make voice calls and radio chats without stopping their games, while the earpiece serves as a second speaker.

Xiaomi currently has plans to sell the Black Shark only in China starting from April 20. We’ll let you know if the company decides to go international with the smartphone.