Xiaomi has played its first hand in the tablet game with the Mi Pad and it is continuing on with its aggressive strategy where it offers high-performance devices at affordable prices. The company’s first Android slate will be one of the fastest on the market since it carries the Tegra K1 chipset from Nvidia and guess what, prices start at $240.

The Tegra K1 SOC implemented here is the quad core version based on the Cortex A15 clocked at 2.2GHz with a 192 core desktop-class Kepler GPU. Design-wise, the device is sized the same as the iPad mini, carrying a 7.9-inch 2048 x 1536p display and it looks like a cross between the Apple tablet and the iPhone 5C, still pretty attractive though, and there are several colors to choose from. 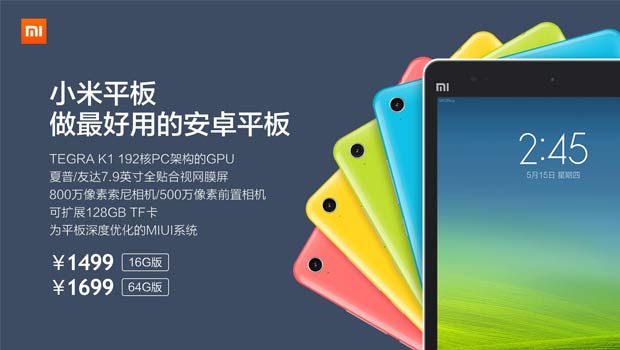 The Xiaomi Mi Pad comes in options of 16GB and 64GB and it sports a microSD card slot supporting up to 128GB. No cellular connectivity will be available, but you do get dual band Wi-Fi 802.11ac. There are dual cameras onboard this tablet, 5MP front and 8MP rear, both featuring an f2.0 aperture. With the 6700mAh battery, you can expect 1,300 hours of standby, 86 hours of music playback or 11 hours of video streaming. 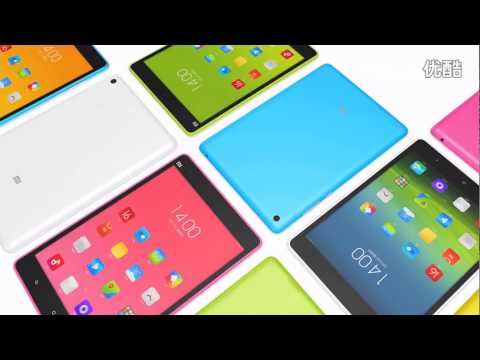 The Mi Pad will be available at RMB 1,499 (around US$240) for the 16GB model, while the 64GB option will cost RMB 1,699 (approximately US$272). Xiaomi has also launched the Mi TV 2 which is a 49-inch 4K set powered by Android. The TV features Dolby Audio, a 1.45GHz quad core processor, Mali 450 MP4 graphics and 2GB of RAM. You can find out more information on both products at the company’s official forum. 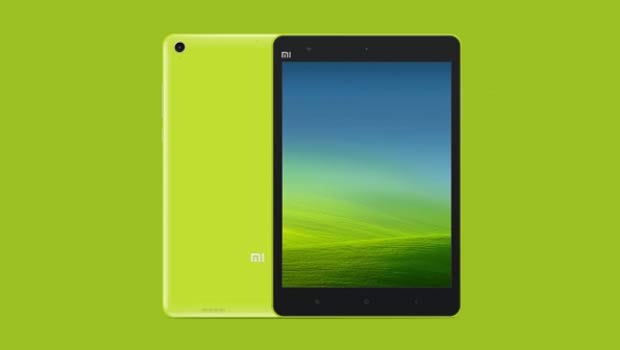