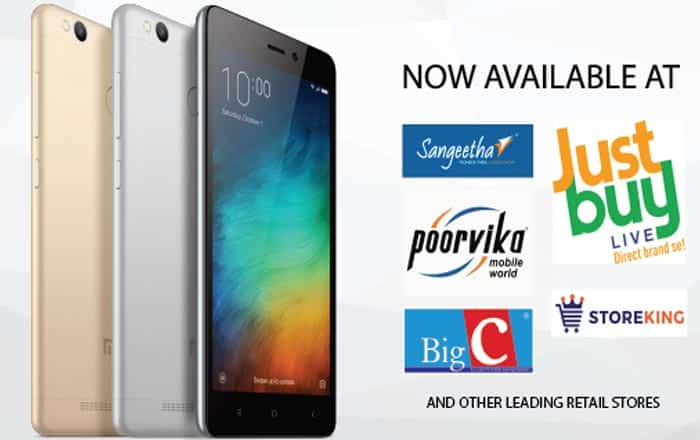 Xiaomi’s officially launched the Redmi 3S+ a few days after news of the phone’s arrival in India broke out. As expected, the handset is the brand’s first offline-exclusive product to be sold in the country.

The Xiaomi Redmi 3S+ will be sold via 7500 brick-and-mortar outlets across the country. Some of the retailers vending the device include Sangeetha, Poorvika, Big C, Store King, and Just Buy Live. The handset is priced at Rs 9499, although a previous report had pegged a best buy rate of Rs 8799.

The latter amount makes more sense for the Redmi 3S+ since it’s more or less a clone of the Rs 8999 Redmi 3S Prime with the exception of having 2GB of RAM to the latter’s 3GB. There’s also the Rs 6999 Redmi 3S to take into consideration. The handset packs a 16GB/2GB setup but doesn’t rock a fingerprint scanner.

The one thing all the variants have in common is a 4100mAh battery. Xiaomi claims the Redmi 3S+ can last for 2 days on a single charge. The manufacturer seems to be getting serious about expanding its horizons in India. It had previously announced that it was expanding its offline reach and was open to bringing its crowdfunding platform to the nation.

Here’s a rapid take on the main specifications of the Xiaomi Redmi 3S+:

Once again, the Xiaomi Redmi 3S+ is available now via offline outlets across India at Rs 9499.