Xiaomi’s massive event in China today saw the launch of the highly-anticipated Mi Note 2, Mi VR headset, and a concept phone dubbed the Mi Mix. The last one is especially intriguing given its unique edge-to-edge bezel-less design.

Starting off with the Mi Note 2, the handset is clearly a frontrunner for the Galaxy Note 7’s throne thanks to its massive 5.7-inch flexible OLED 1080p screen which slopes at both sides. The phone has been layered with 3D glass on both its front and rear for a stylish symmetric look which seamlessly blends with the metal frame.

Moving on to the surprise star of the show, the new Mi Mix is a stunning smartphone which offers a truly innovative 91.3% screen-to-body ratio design. This 6.4-inch borderless device had been spotted in leaks recently, with many assuming it was the Mi Note 2. As it turns out, the Mix is a concept phone which the brand is turning into reality as soon as November 4.

Xiaomi’s futuristic all-ceramic handset does away with the receiver and proximity sensor from the front surface. The units have been replaced by built-in cantilever piezoelectric ceramics and an ultrasonic proximity sensor, respectively. The company has also displaced the 5MP selfie snapper to the bottom-right corner of the phone.

Not only that, it asserts that the module is 50% smaller than regular front-facing lenses and rotates upside-down for selfies. The Mi Mix further sets itself apart from other phones by virtue of having a custom 17:9 display which allows for a big 16:9 viewing area. 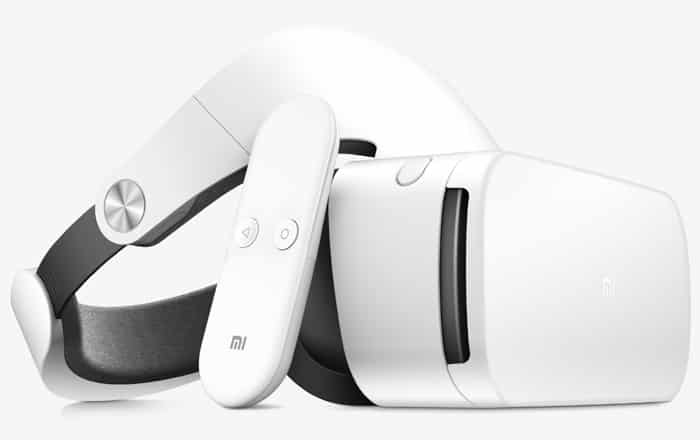 Specifications of the Xiaomi Mi Mix:

As for Xiaomi’s new headset, the Mi VR represents its second venture into the world of virtual reality after the VR Toy Edition which came out in August this year. The newer device is a big step up from the latter, adopting a sleeker look and sporting a built-in dedicated motion sensor. It costs CNY 199 (roughly $29 or Rs 1960).