Xiaomi’s $25 million investment in iHealth Labs this week has given birth to its first fruit which is unexpectedly early, in the form of a smartphone dock that turns your device into an emergency medical measurement machine of sorts. This is not the first time the Chinese company is venturing into the health and fitness space as it also unveiled an extremely cheap and waterproof fitness band a few months back.

Xiaomi is planning to sell its iHealth dock in China at just 199 Yuan which translates into around US$32 or Rs 2000. It looks like any other smartphone dock, and comes with a strap which needs to be worn on your arms, but only when taking a reading, obviously. Once your device is docked, real-time results on your heart rate as well as your blood pressure will be shown on its display. 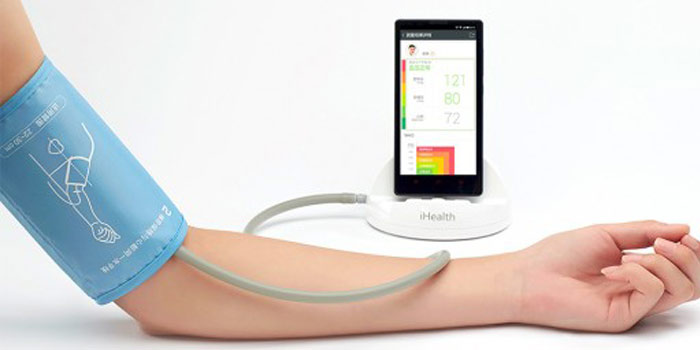 As revealed by Xiaomi to The Next Web, it’s iHealth Labs who owns the trademark for ‘iHealth.’ This explains why a similar product aimed only at Apple handsets is selling in the US right now at $79.95. Since the new device is aimed at working with Xiaomi’s smartphones, it’s most likely to be compatible with other Android gadgets as well.

Also Read: Xiaomi’s Mi Band is a $13 fitness device which ships without a display

As mentioned above, the Chinese company recently also announced a Mi Band wrist accessory which will sell in the country for just around $13. It will show all its recorded data on smartphones or computers, and will even proffer its users the ability to unlock their devices without entering any lock codes. 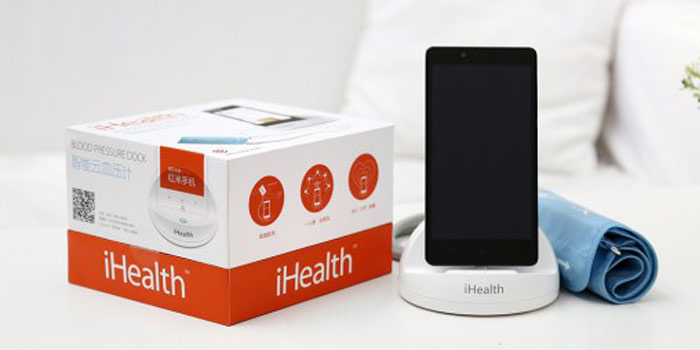 Like we said, the iHealth dock from Xiaomi is planned only for China at the moment. It will be retailing in the country at 199 Yuan.