Recharging smartphones on the go is something Xiaomi is getting pretty serious about, even as the company is constantly introducing new power banks, with the latest one among them being a 5000mAh model that has been unveiled in China. Priced at 49 Yuan, this travel accessory happens to be quite slim, as it bears a profile of just 9.9mm.

This makes the device an easy one to handle and carry in your pockets if you wish to. Powered by lithium-ion polymer batteries, this 5000mAh gadget can charge the iPhone 6 1.8 times and the iPhone 5S 2.2 times if it itself has been charged up to its limit. 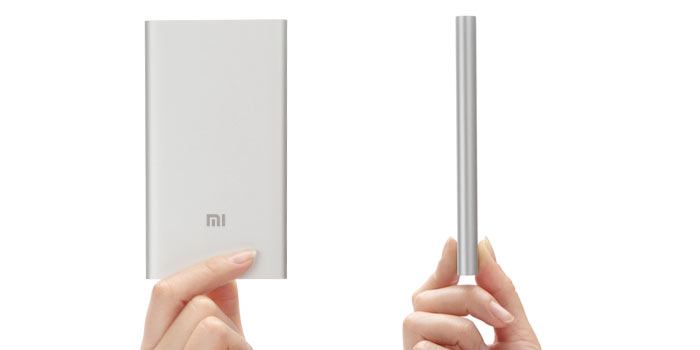 A 9-fold circuit protection built by Texas Instruments has been deployed into this new power bank by Xiaomi. Apart from offering a neat shelter to its components, this aspect also helps in enhancing its charge-discharge efficiency.

This 5000mAh battery pack ships enclosed inside an all-aluminum metal case which can take a maximum load weight of 50kgs before damaging itself. Apart from charging smartphones and tablets, it can also be used to light up USB-powered bulbs in case of power outages.

The 5000mAh power bank by Xiaomi has gone on sale today in China at 49 Yuan which roughly translates to around $8 or Rs 500. There’s no word out at the moment regarding when it will be made available in other markets.