Over 2.11 million phones sold by Xiaomi in a day, sets new record

Yesterday was a massive day for Xiaomi even as the company managed to sell off more than 2.11 million smartphones during in just 24 hours. That is quite a huge number which is evident from the fact that the manufacturer has earned a spot in the Guinness Book of World Records for achieving this particular feat.

This incredible deed was made possible by the Mi Fan Fest events which took place in all the markets where the company currently has a presence. As part of a celebration of Xiaomi’s fifth birthday, the company doled out various discounts and offers to its customers. 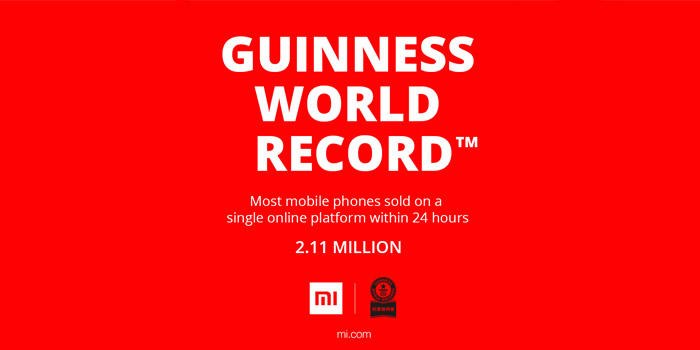 This increased the demand for its products, thus resulting in the company going on to eventually trade off over 2.11 million smartphones. Xiaomi has told us that it managed to generate revenue of a whopping 2.08 billion Chinese Yuan in 24 hours. This amount, when translated into dollars, comes to an impressive $335 million.

Apart from the massive number of smartphones, the company also sold 770000 smart appliances, 38600 Mi TVs and 208000 Mi Bands among other things. These figures once again go on to prove the kind of impact that Xiaomi is currently unleashing upon its markets.

Also Read: Xiaomi is taking a beating from Apple on its own turf

The Mi Fan Fest was celebrated in India too by offering Rs 2000 discounts on both the 16GB and 64GB versions of the flagship Mi 4 smartphone. What’s more important though is the fact that Flipkart is no longer the only online channel through which the company’s products will be sold, as Amazon and Snapdeal were added to the fold yesterday. 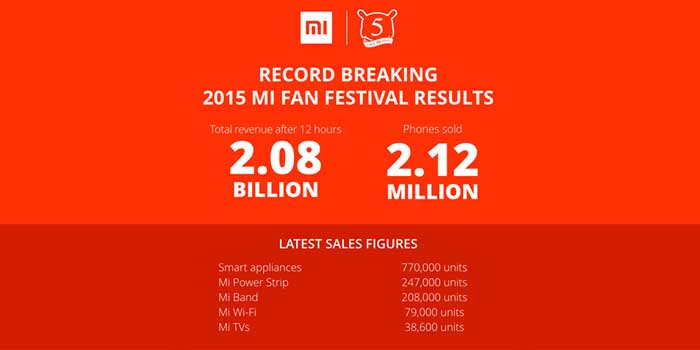 The awesome run that Xiaomi is having is showing no signs of dying down, and as we move forward, it’s hard to expect anything but more success from the company.