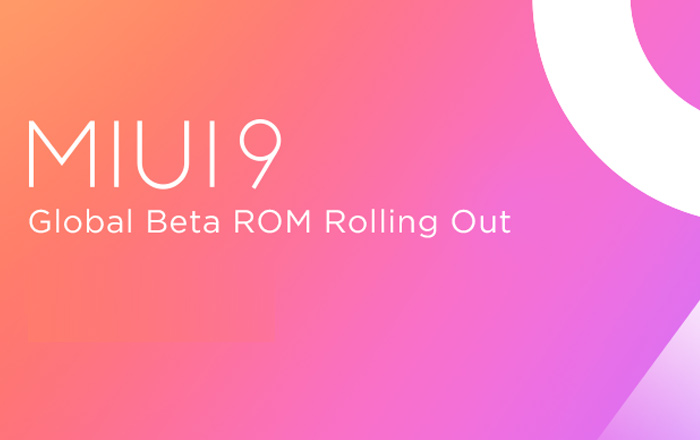 Xiaomi has officially released the MIUI 9 Global Public Beta ROM for a second batch of devices much longer than the first. Download links are available for version 7.8.24 of the software for people eager to install it manually.

To recall, the first batch featured the Redmi Note 4, Redmi Note 4X, and Mi 6. The second wave of devices is composed of the Mi 5, Mi 5s, Mi 5s Plus, Mi Mix, Mi Note 2, Mi Max, Mi Max 2, Redmi 4, and Redmi 4X. Owners who are on the MIUI 8 Global Beta ROM can head to the Updater app and check for the upgrade.

Users who are running the stable versions of MIUI V5, MIUI 6, MIUI 7, MIUI 8 will have to utilize the fastboot method to update to MIUI 9. This will involve a storage wipe, so it would be best to back up data before going ahead with the process.

Xiaomi is also advising people to unlock their handset before flashboot flashing. Highlights of MIUI 9 Global Beta ROM 7.8.24 consist of a new name and icon for Mi Picks which will now be called Meet Apps and a system fix to make sure only the Mi TV/Mi Box can be added/shown on the Mi Remote app.

The latest MIUI beta also resolves a problem where the Wallpaper Carousel couldn’t load online resources. Plus, the home page for Themes has been redesigned. These are pretty minor changes on the whole, with the bigger ones announced earlier including Image search, a Smart app launcher, a CPU acceleration mode, and a Smart assistant.

You can download MIUI 9 Global Beta ROM 7.8.24 for your particular device here.