Xiaomi could release the Mi Band 2 in India tomorrow 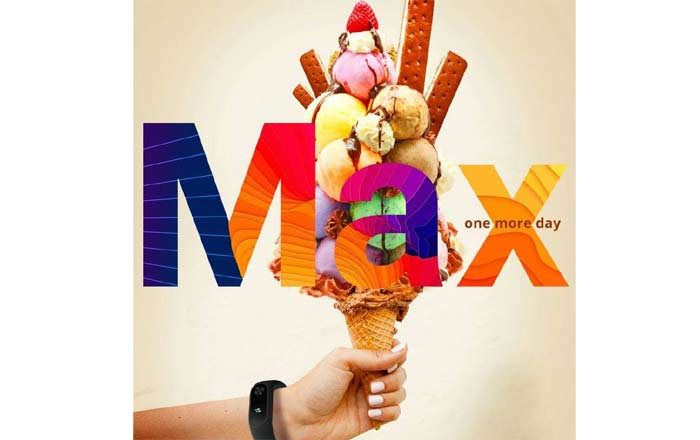 It’s widely known that the Xiaomi Mi Max smartphone will be unveiled by the company at an event in India tomorrow. However it has now come to light that yet another product, namely the Mi Band 2, could also enter the country along with the phablet.

Xiaomi likes to put out teasers ahead of all its big events, and one such teaser from its VP Hugo Barra has started this speculation about the Mi Band 2. It shows a hand holding a ‘Max’ sized ice cream to emphasize on what smartphone is going to be launched tomorrow. But what many may have missed is that the said hand is wearing a Mi Band 2 on its wrist.

Now this could totally mean nothing, as Xiaomi may just have pushed the accessory in that picture to showcase its upcoming product. However, this is part of a special India-focused ad campaign that the firm has undertaken for the Mi Max launch. This indicates that whatever Xiaomi is doing has some thinking behind it.

The Mi Band 2 was unveiled earlier this month, but was made available for purchase only in China. Priced at CNY 149 (approximately $22 or Rs 1500), it is distinguished by its incorporation of a 0.42-inch OLED screen.

Underneath this display sits a heart rate sensor for giving accurate readings of your hart’s activity. This IP67-rated fitness accessory kicks in a 70mAh battery which promises to keep it going for 20 days on a full charge.

We’ll be bringing you all the details from tomorrow’s Xiaomi event; so stay tuned if you wish to know what the price of the Mi Max will be in India, and also whether or not the Mi Band 2 is really coming.