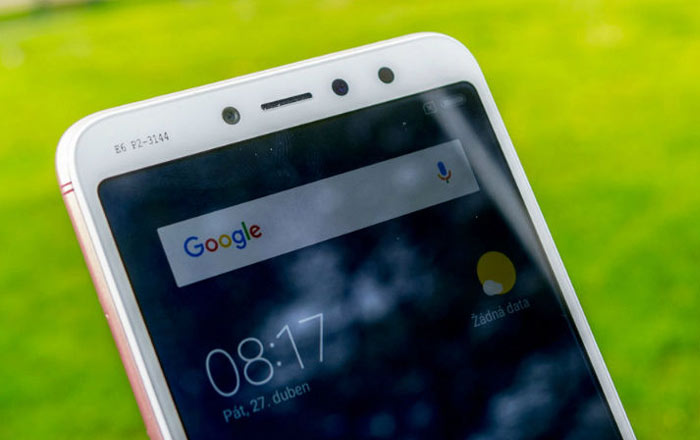 There’s a new Xiaomi phone called the Redmi S2 coming soon to countries like India, having already gone through TENAA and China’s 3C certification body. It seems a Czech Republic store decided to jump the gun and show off the handset a bit early, giving us a clear glimpse of the phone in real life.

The shop somehow got its hands on the Redmi S2 and the source behind the leak, SvetAndroida, shared specs and high-resolution live images to promote the outlet’s opening. However, the latter’s article has now disappeared. Perhaps Xiaomi got wind of this and forced the removal of the page.

It’s too late to prevent the leak though, as a couple of outlets reported the news before the page vanished. Based on the markings on the front and back, it seems this is a pre-production unit of the Redmi S2. All the specs mentioned mostly match up with what we’ve heard about the smartphone before.

For instance, Xiaomi is probably going to bless the handset with a 5.99-inch 18:9 IPS display with a basic resolution of HD+. A 12MP + 5MP dual rear camera setup can be seen at the back, with the overall look strongly resembling the Redmi Note 5 Pro. The most noticeable difference lies in the antenna lines at the bottom and top.

Under the hood, users might be greeted by a Snapdragon 625 processor and 3080mAh battery. In terms of memory, there may be 3GB of RAM and 32GB of ROM to play around with. Android 8.1 Oreo, a rear-facing fingerprint scanner, a 3.5 headphone jack, and an old-school microUSB port are also along for the ride.