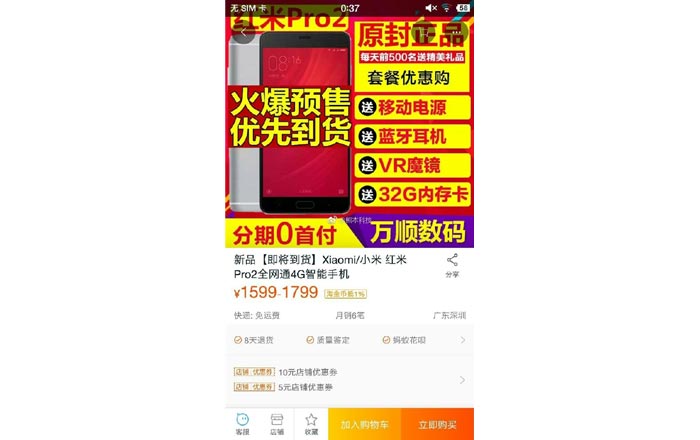 The Redmi Pro 2 was supposed to be launched in March according to those in the know, but is yet to get an official unveiling a month later. A Weibo leak is now offering price details about the two possible configurations of the handset.

Chinese e-commerce site TaoBao seems to have listed the Redmi Pro 2 up for pre-orders. A couple of people appear to have signed up for the phone, even though it hasn’t been announced yet. No specs can be viewed at the moment.

To recall, the original Redmi Pro had carried a 13MP and 5MP twin snapper system on its back. It’s more than likely Xiaomi wants to stick to the same functionality with the device’s sequel, perhaps enhancing it with some new features. The phone in the leak doesn’t have dual lenses, but that may be because the module is located towards the center like its predecessor.