50000 Xiaomi Redmi Note units were made available by the Chinese company in India today and as expected, they went out of stock in a span of just 6 seconds. Flipkart held the first flash sale of this phablet today, and will be holding many more in the months to come.

Priced at just Rs 8999, the Xiaomi Redmi Note also exists in the form of a 4G LTE model which will be made available later this month. It’s no surprise that the just released 3G version couldn’t last for more than 6 seconds on Flipkart, as all the smartphones from the company have had similar fates in the country owing to their high popularity. 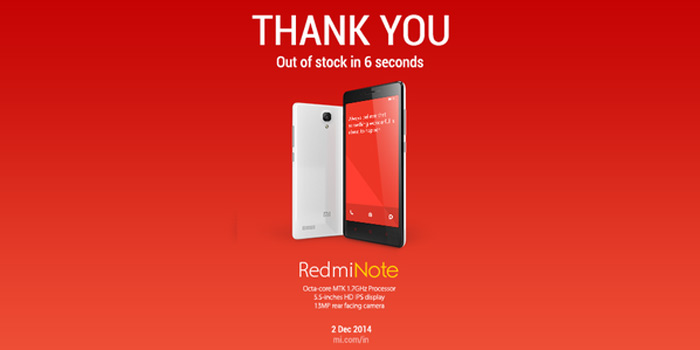 Xiaomi hasn’t officially revealed when the next sale of this device will take place, but we’re certain it will happen on December 9 at 2pm. In order to be able to purchase the device, you will need to have registered for it on Flipkart it beforehand.

The Redmi Note houses a 5.5-inch 720p HD display and runs on an octa core processor. This dual SIM handset features a 13MP main camera and a 5MP front-facing one. Its large form factor occupies a 3100mAh removable battery inside it. It should be noted that the 4G version of this device is powered by a Snapdragon 400 chipset and bears just one SIM card slot.

A glance at the specs of the Xiaomi Redmi Note: 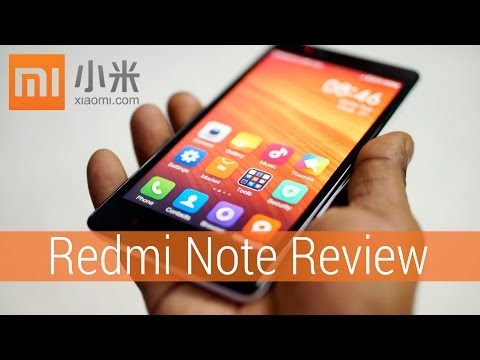 Like we said, the Xiaomi Redmi Note is expected to be made available again on December 9, so you can try your luck then if you’ve failed at purchasing it this time.