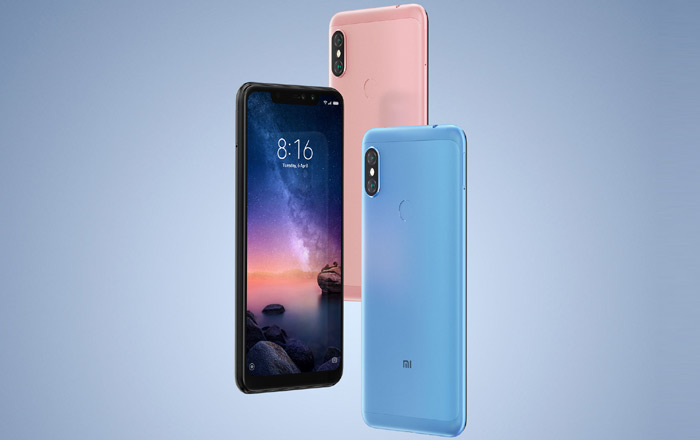 The Redmi Note 6 Pro made its debut in Thailand back in September this year and hit Indonesia early this month. It’s now India’s time to get hold of the phone as Xiaomi has announced that it’s hosting a launch event for the handset on November 22.

Now that the Redmi Note 6 Pro has already gotten launched in two separate countries, we already have a solid idea of what to expect from the device. It’s priced at THB 6990 (roughly Rs 15262) for a single 4GB of RAM and 64GB of ROM variant in Thailand.

As the sequel to the popular Redmi Note 5 Pro, the Redmi Note 6 Pro has a lot of pressure on it. It features some notable changes from its predecessor. For instance, the new handset has a larger 6.26-inch FHD+ display with a notch. The cutout allows for an 86% screen-to-body ratio and 19:9 aspect ratio.

Photography buffs can check out the Xiaomi device’s four cameras, with two (20MP + 2MP) placed at the front and two (12MP + 5MP) at the back. Artificial intelligence is common across both modules, helping to create bokeh effects and adjusting settings based on a person’s surroundings.

One sour note which may disappoint fans is the Snapdragon 636 processor which powers the Redmi Note 5 Pro and Redmi Note 6 Pro. As seen in this Twitter thread, some are hoping Xiaomi will pull off a surprise at its India launch and bless the latter with a more modern SoC.