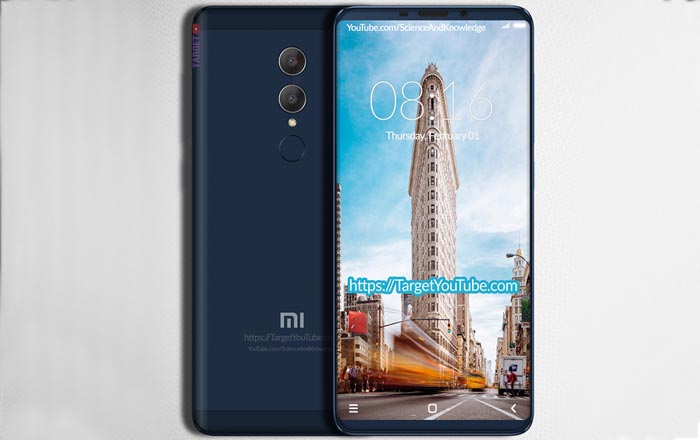 The Redmi Note 5 has gotten leaked once again, this time in the form of a couple of renders showing off 3 color variants of the device from the front and back. The images tie in with what we’ve heard about the device before. However, the photos should still be taken with a pinch of salt since there’s no way to verify it right now.

As per TargetYouTube, the Redmi Note 5 will boast of a taller 5.99-inch 18:9 screen with a resolution of 1080 x 2160p. It might come along at some point in March or April 2018. Xiaomi is actually hosting an event in India on February 14 where it’s promising to launch a phone related to the number 5.

Some say this is the Redmi 5, while others are placing bets on the Redmi Note 5. This new rumor could shift things in the former’s favor. When the latter does arrive though, it might be priced at around CNY 1499 (roughly Rs 15330). This is a bit lower than previous estimates of CNY 1599 (approx Rs 16350).

Based on the renders, Xiaomi might be looking to launch the smartphone in blue, black and grey colors. It could also bless it with a dual 16MP + 5MP camera setup on the back, a big shift from other Redmi Note series phones. Memory specs might be limited to 3GB/4GB of RAM and 32GB/64GB of ROM.

Powering it all may be a Snapdragon 836 processor, working in harmony with a fast charging 4100mAh battery. The Redmi Note 5 might also be blessed with Oreo right from the start, alongside a helping hand of MIUI 9. The selfie camera will probably be of the 8MP variety and able to record 1080p videos.