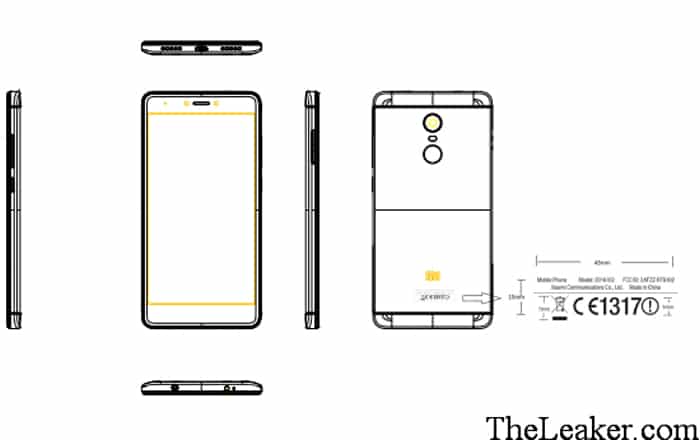 A mysterious Xiaomi handset has passed through the US FCC, with reports saying that it could be the Redmi Note 5. The phone isn’t mentioned by name in the filing. Its features appear to be consistent with that of the series in general.

According to The Leaker, the Redmi Note 5 will get by on either an octa-core 2GHz Snapdragon 652 processor or deca-core 2.1GHz MediaTek Helio X25 CPU. The SoC will work in tandem with 4GB of RAM. In terms of memory, it may be sold in 32GB and 64GB variants with support for expandable storage up to 128GB.

Xiaomi may also bless it with a 5.5-inch 1080p display protected by Corning Gorilla Glass 4. A 4000mAh battery could keep the lights on. Users might be able to take advantage of Quick Charge 3.0 to fully power up the unit in under 90 minutes. Photography-wise, the phone is likely getting furnished with a 16MP rear and 8MP selfie camera.

The Redmi Note 5 is apparently going to come out in the summer of 2017. It could begin its journey in China before landing in other Asian countries a month later. It may even be the first Xiaomi phone to be released in Europe, the UK, and the US.