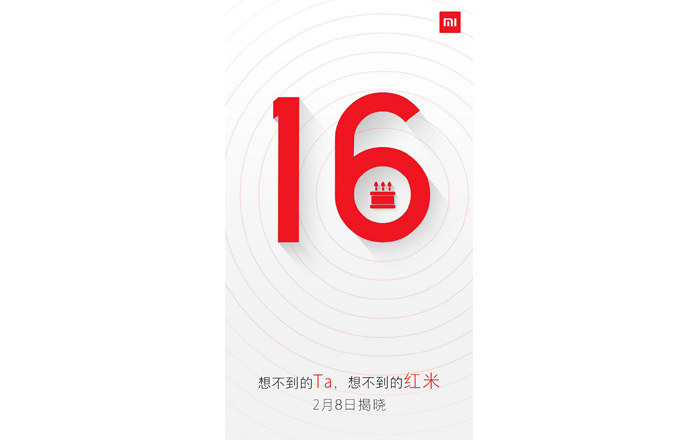 Xiaomi’s getting ready to launch the Redmi Note 4X in China, releasing a teaser for an event taking place on Valentine’s Day. The brand revealed the February 14 date via its official Weibo handle.

Sadly, the promotional poster gives little away in terms of details. It confirms that the name of the smartphone is indeed the Redmi Note 4X. The device is expected to be an upgraded version of the Redmi Note 4. Based on past rumors, the handset probably isn’t getting a major design refresh.

Instead, it seems Xiaomi is updating the older offering in terms of processing power and memory. The newer model will probably carry 4GB of RAM in two combinations namely 4GB/32GB and 4GB/64GB options. It could also get the benefit of a MediaTek Helio X20 SoC or Snapdragon 653 CPU.

The original Redmi Note 4 packed 3GB/2GB of RAM and a MediaTek Helio X20 (China) or Snapdragon 625 processor (India). There’s no consensus as yet whether or not the updated version will get a MediaTek or Qualcomm chipset.

Speculation so far hints that Xiaomi might bless it with a 4100mAh battery, 5.5-inch 1080p screen, 13MP PDAF primary camera, 5MP secondary snapper, and a fingerprint scanner located on its back. The upcoming device could run on Android 6.0.1 Marshmallow shipped with a layer of MIUI 8.1 on top.

We’ll let you know more about the Redmi Note 4X the moment Xiaomi makes it official on February 14.