Xiaomi has upgraded its popular Redmi Note 4G smartphone with a new model which for the first time will offer LTE connectivity and dual SIM card slots under a single roof. The new handset hasn’t been given a new name, but it does have slightly better hardware on the inside compared to the previous phablet.

We already know that a new Xiaomi Redmi Note 4G was in the works owing to multiple leaks and the fact that it was certified at TEAA in China earlier this year. The company announced the device through its official MIUI forums and notes that two version of it will be available just like the original dual SIM 3G model. 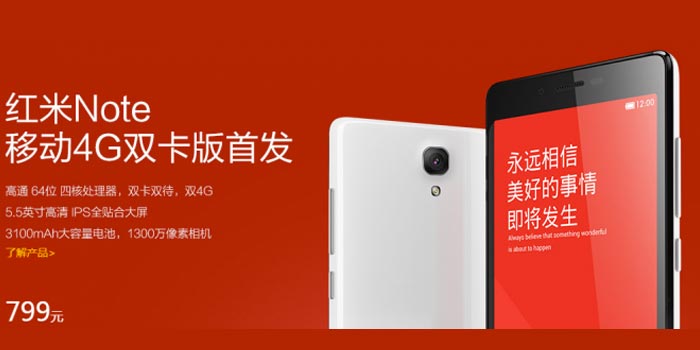 The basic option will have 1GB of RAM, while the enhanced version will have 2GB. Regardless of which model you go for, you’ll be treated to dual SIM support with 4G LTE (TDD and FDD) on both slots. Cellular data speeds here peak at 150Mbps. Additionally, Xiaomi has swapped the old Snapdragon 400 chip for a newer 64-bit Snapdragon 410 which is said to be 1.5x faster than the former.

The forum post also went on to disclose that the Redmi Note 4G dual SIM handset will continue to offers a 5.5-inch 720p HD IPS display, a 13MP rear camera and a 3100mAh battery. That’s all the information there is on the phone’s hardware, but the TENNA certification website does fill up the remaining blanks.

The Xiaomi Redmi Note 4G dual SIM standard version will cost RMB 799 (around US$128), while the enhanced edition will sell for RMB 899 (approximately US$145). The handset will go on sale in China this month itself.