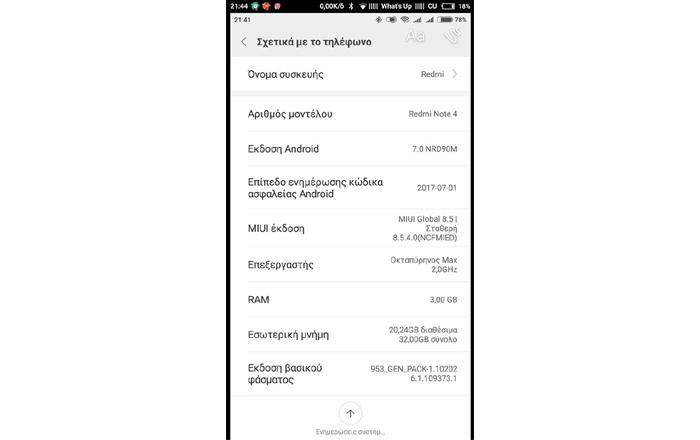 Xiaomi appears to have begun rolling out Android 7.0 Nougat as part of MIUI version 8.5 for the Redmi Note 4. It weighs in at around 1.3GB and has begun hitting units of the handset in Greece.

The Facebook page for a group called Greek Xiaomi Lovers posted a screenshot of an updated Redmi Note 4, clearly showing that the Android version number was 7.0 NRD90M. MIUI Global 8.5 also includes the Android security patch for the month of July.

To recall, the Redmi Note 4 initially hit the scene in January this year running Marshmallow. The update to Nougat therefore comes about 7 months after it was launched. The phone is also expected to get upgraded to MIUI 9 soon, with Xiaomi stating that it’ll begin the rollout for its OS on August 11.

It should be noted that these appear to be dates for the China developer ROM and may not correspond to the global ROM. Still, the latter’s release shouldn’t be too far away. For those who don’t want to wait, MIUI 9 comes pre-installed with the Mi 5X. The smartphone is set to come out in India at some point in September.