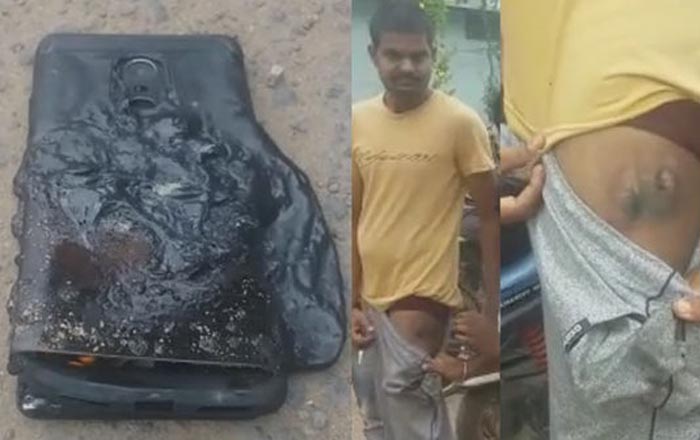 Xiaomi has landed smack-dab in the center of yet another Redmi Note 4 explosion controversy, just a few weeks after the last incident took place. This time round, the scene of the crime is Andhra Pradesh where a man named Bhavana Suryakiran allegedly got burned by his phone while on a bike.

As per Sakshi Post, the Redmi Note 4 spontaneously caught fire in the pocket of Suryakiran’s pants and could not be pulled out immediately. People apparently had to throw water on him in order to do so. The handset reportedly continued to spit out flames even after this.

Suryakiran claims he bought the Redmi Note 4 about 20 days ago via Flipkart. He plans to sue Xiaomi for selling him a defective unit and demand compensation for his injuries. The company for its part has begun an investigation into the blast, stating that it’s contacted him and is in the process of obtaining the burnt phone.

The last time a Redmi Note 4 exploded in India, Xiaomi pointed a finger at the faulty third-party charger the customer was using. There’s no mention of this in the newe case, so we’ll have to wait and see what the brand comes up with after it concludes its investigation.

It should be noted that the previous incident was marred by a video claiming to show the Redmi Note 4 blowing up in a shop. It was later found to be fake, so the facts of the new case might change as the story develops. We’ll keep an ear out for more on the blast as soon as more information is made public.