Xiaomi’s Redmi Note series revolutionized the phablet genre by offering high-end specs at low prices. The third iteration of this concept has reached our review labs, and it’s finally time to give you a full lowdown of its abilities. It is to be noted that this phone comes with a Snapdragon 650 chipset inside it rather than the MediaTek Helio X10 SoC which cannot be used by the company in India for legal reasons. There are two options that you can go for, with one of them offering 2GB of RAM and 16GB of storage and the other, 3GB of RAM and 32GB of storage (both come with microSD card slots). We have the former version with us, and here are our thoughts about it. 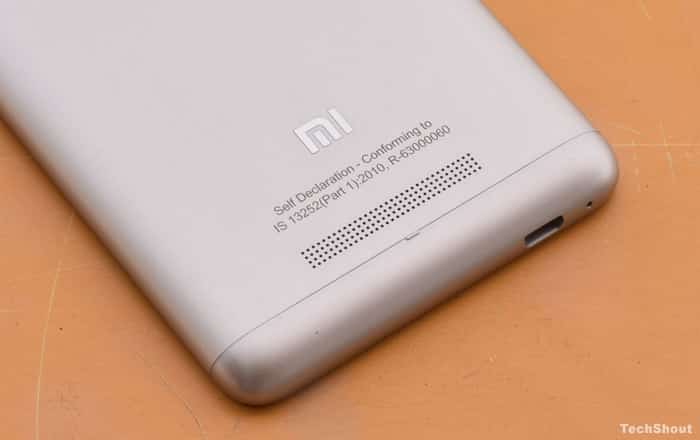 An all-metal body hardly ever fails to impress, but it’s particularly impressive that Xiaomi has been able to grant it to a phone costing less than Rs 10000. We’re looking at an aluminum shell that has been anodized and sand-blasted to make the surface feel nice on your palms. This shell curves all the way up to the front surface, acting as a tiny accent to the screen. For a metal phone, the Redmi Note 3 feels quite light to hold. Its 164 gram weight is definitely a plus for those who don’t like too much bulk. Since it carries a 4050mAh battery, the thickness is a compromise you will have to deal with. At 8.7mm, it is quite chunky by today’s standards. 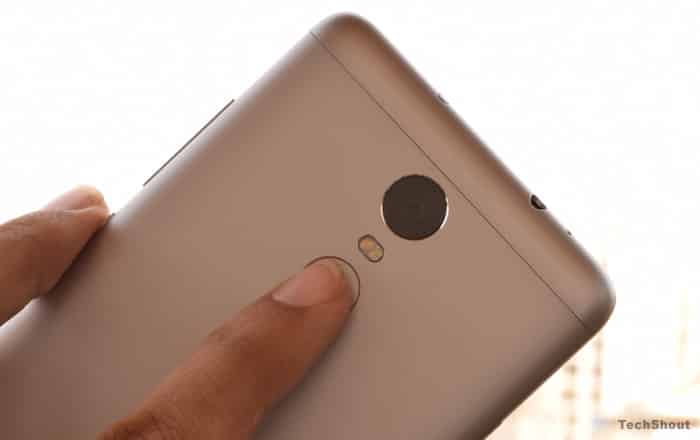 The front of this smartphone is not much different from that of the Note 2 model, although the capacitive keys are in a white color this time rather than in red. Surprisingly, the 5.5-inch display has not been coated with Gorilla Glass; so it’s advisable to be a little careful while handling the phone. Flipping the device onto its back reveals the camera and the flash, but the most glaring feature here is the fingerprint scanner sitting below these two. It’s extremely fast and accurate at recognizing your print, and works even when the phone is in sleep mode. The sides are pretty standard. One thing worth mentioning is that we now have a hybrid SIM slot rather than a proper dual SIM slot. This means you can either use a second SIM or an SD card simultaneously; never both.

The 5.5-inch IPS LCD real estate on the device boasts of 1080p full HD resolution. It’s adequately bright for daily use, but outdoor usage is given a serious boost by the awesome Sunlight Display technology which we’ve also seen on the Mi 4i and other Xiaomi handsets. This feature senses the amount of light around you to adjust the illumination of individual pixels accordingly. The result is, only those areas that are difficult to view in harsh sunlight will be dealt with, rather than the entire picture. Sunlight Display is quite easily one of the best innovations to have come from the Chinese company till date. 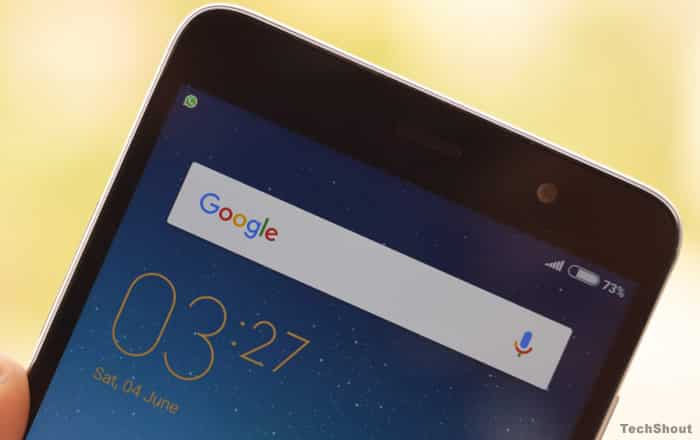 The display of the Redmi Note 3 has great viewing angles. Convenience features like the Reading Mode and browser-only Night Mode make for great visual experiences. This sharp panel on the front of the device is definitely one of its strongest points. The speakers on the back will delight music buffs. Fairly loud, they reproduce crystal clear sound. A tiny outgrowth right below the speaker grille ensures that the sound doesn’t get muffled when the phone is lying flat. It is effective touches like these which call for a lot of appreciation for the design department.

Unfortunately, Xiaomi’s MIUI 7 ROM on the Redmi Note 3 is still stuck on Android 5.1.1 Lollipop. An update is on its way, but that doesn’t take away the fact that the company is seemingly never bothered about equipping its devices with the latest Android software. This is due to Xiaomi’s belief that the kind of deeply integrated features its ROM is able to offer takes away the need for the base OS to be up to date. While it may be true for many, it just seems unfair to miss out on tricks like Google Now on Tap and Doze while using the phone.

MIUI comes with basic apps like Gallery, File Explorer, FM Radio and more pre-loaded, leaving almost nothing to be desired in order to get going with it on boot-up. Unlike its competitor, the Asus ZenFone Max which we also reviewed recently, this phone carries almost no bloatware you’d feel like disabling. Its Themes app permits some really amazing customizations, while its SMS app (called Messaging) impresses at every step. The call recorder in MIUI works flawlessly as ever, unlike the ones in other ROMs which only end up recording the audio of one participant. MIUI allows up to 5 fingerprints to be stored on the phone, and even enables their recognition in some apps. Customization options are aplenty in the Settings menu, which is always great. 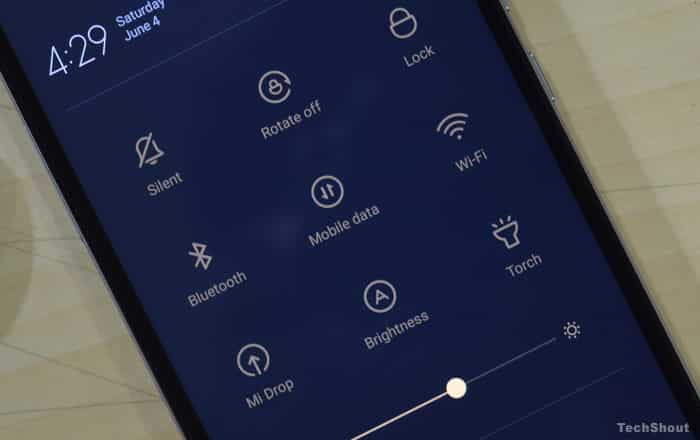 Our main gripe with MIUI used to be its heavy nature and its slowness on the user interface level. The ROM has greatly improved on it this year, and the Redmi Note 3’s software is proof of that. It is fast to load and the interface smoothly transitions between its animations. On the whole, the MIUI 7 software on this handset has really nothing to complain about, but Xiaomi seriously needs to look into the issue of not having the latest Android versions running on its phones.

One of the best features of last year’s Xiaomi handsets was their camera setup. Both the front and rear shooters on these smartphones, especially the Mi 4 and even the Mi 4i, blew us away with their results. The Redmi Note 3 bumps up the resolution of your photographs to 16MP, but it sort of falters as pitted against the two aforementioned devices when it comes to image quality. Its incompetence though can only be observed at a minor level; so do read on further to know where exactly it falls short.

It’s not a bad camera per se, for it can returns pretty admirable images in naturally lit environments. Interior shots as well as low-light images turn out way grainier than you’d expect. This camera’s color reproduction could have been better, and its images even tend to lack the kind of detail you’d expect from a high resolution snapper. Its f/2.0 lens does a good job at achieving a bokeh effect, but it’s slow to focus most of the time. Photographs from the 5MP front-facing snapper too lack detailing, which makes it a no-no for selfie enthusiasts. 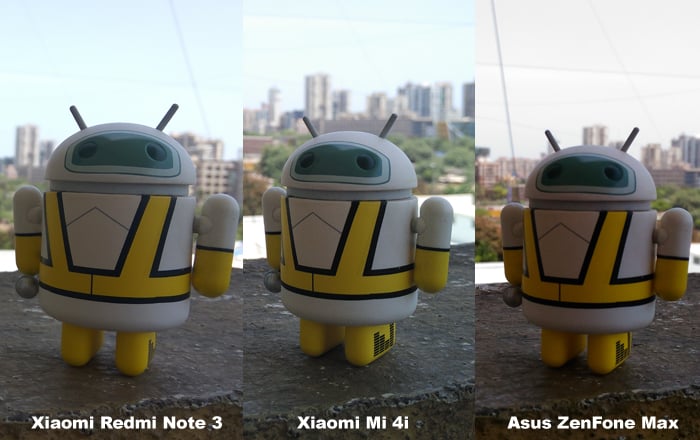 The Camera app is nothing new for MIUI users. It has the usual array of modes and filters to enrich your imaging experience. The cameras on the Redmi Note 3 are both quick to launch, and part of the credit for this also goes to the app itself. Both cameras on this phone are capable of capturing 1080p videos. The ones from the rear shooter came out surprisingly good. As you can see in the sample video, they are well colored and detailed. 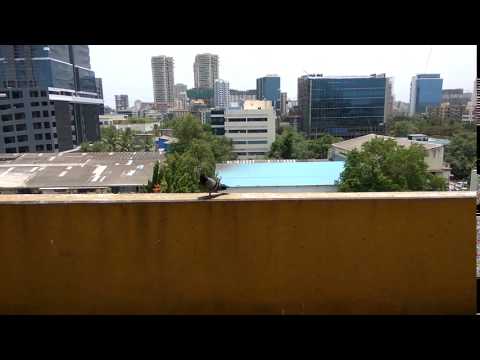 Honestly, last year’s Xiaomi phones didn’t quite offer stellar performance. But then again, it wasn’t a good year for performance as a whole, with chips like the Snapdragon 810 and the Snapdragon 615 struggling with their heating issues. Qualcomm has learnt from its mistakes, as is visible with the Snapdragon 820 model. As for the Snapdragon 650 chipset on the Redmi Note 3, it’s a highly advanced 4G-capable SoC which works in tandem with an Adreno 510 GPU. The CPU aboard is a hexa core one, clocked at 1.8GHz and the RAM is 2GB on the model we tested.

The phone’s interface doesn’t stutter at all, like on previous mid-rangers from Xiaomi. Everything from the Camera app to the Dialer to the Contacts app is smooth and fast to load. Games aren’t extremely quick to fire up, but once they are up and running, you won’t experience too many issues with them. For benchmarks, we compared the Redmi Note 3’s results with those from the same-priced Asus ZenFone Max (2016). On AnTuTu, the device managed to beat the ZenFone by miles, with a score of 70889 against the other’s 40629. The results of Geekbench 3’s single core and multi-core tests stood at 1353 and 3232 for the Redmi Note 3, while those for the ZenFone Max were at 701 and 3079, respectively. 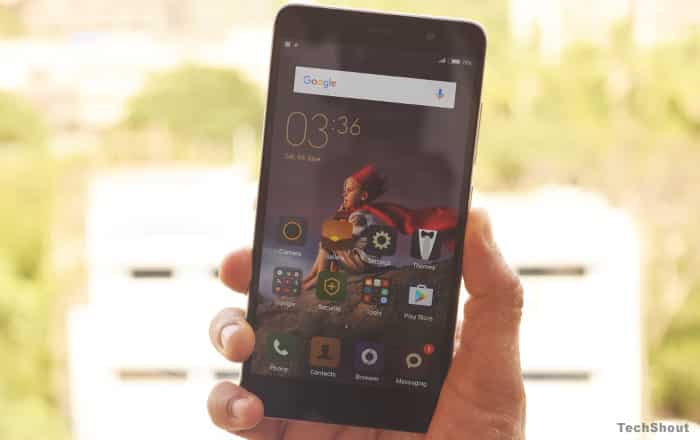 We went into this review with high expectations from the Redmi Note 3’s 4000mAh battery. And we’re pleased to say we weren’t disappointed. Our usage included making calls at regular intervals, replying to WhatsApp messages, one or two gaming sessions and even listening to music for a few hours. And yet, we could manage to keep it running without further charging for well over 24 hours. In fact, if used just a little more efficiently, two-day battery life wouldn’t have been far from reach.

The Xiaomi Redmi Note 3 is a great phone for those who desire fast operations and want a fingerprint scanner on a low budget. The added benefits they get is a stunning display, great battery life and a premium feel due to the metal on its body. But the camera performance bogs down its appeal a fair deal. All that being said, the Rs 9999 (2GB RAM model) and Rs 12999 (3GB RAM model) price tags for this phone are easy to appreciate.