It was just a week back that Xioami revealed the Redmi Note 4G dual SIM smartphone which we assumed was the successor to the 2014 model as it carried a new 64-bit processor and other enhancements. Well, it turns out that the device could just be an improved release while a true successor is still in the works.

Images and specs of the alleged Xiaomi Redmi Note 2 have surfaced and point at a larger and beefier design. The handset basically looks very similar to the current smartphone, but it also resembles the new Mi Note to some extent. What’s clearly visible is that the device will have slimmer bezels and the screen size looks to be 5.7 inches which makes it slightly taller compared to the original phablet. 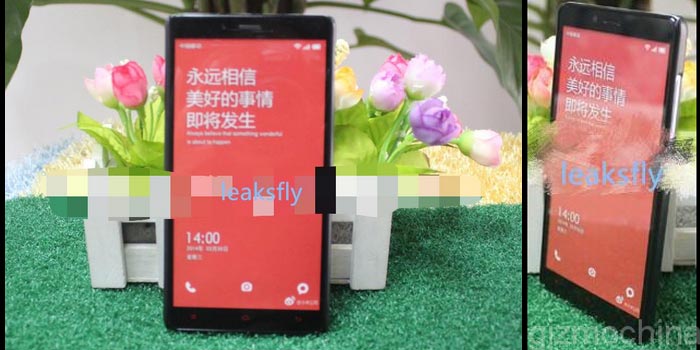 The images you see here come via Twitter user @leaksfly and GizmoChina is reporting that the phone will most likely have Android 4.4 running the show with the MIUI 6 UI layered on the top. Xiaomi will use the 1.5GHz octa core Snapdragon 615 SOC here and offer 4G LTE connectivity.

Dual SIM card slots are also part of the specs sheet and there’s the possibility of a MediaTek version for HSPA+ markets. The display might get updated to a 1080p panel and have an OGS Glass coating. Additionally, there’s talk of a 4000mAh battery, NFC connectivity and a fingerprint reader being onboard. 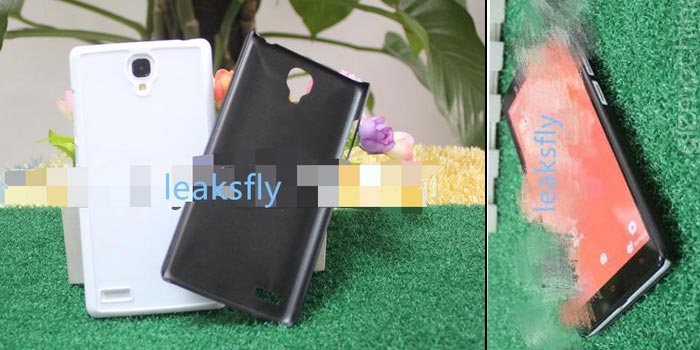 The Xiaomi Redmi Note 2 does look like a good upgrade over the current model, but there’s no word on when it’ll be released.