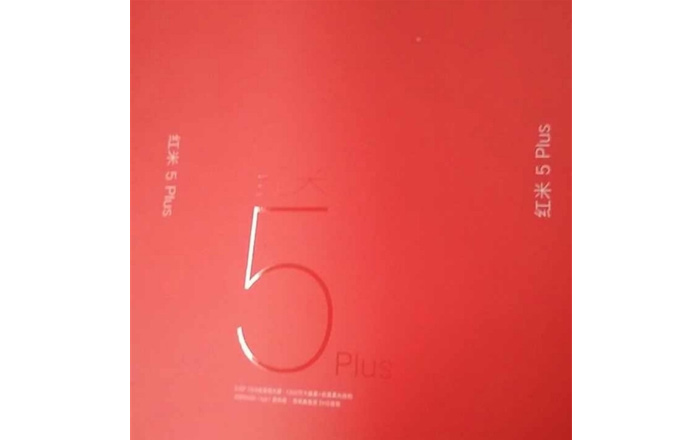 After launching the premium Mi Mix 2 and Mi Note 3, it looks like Xiaomi is getting ready to focus on the budget side of things with its Redmi 5 and Redmi Note 5 lineup. This assumption comes from a recently surfaced image on Weibo that appears to be a retail box or poster of the Redmi 5 Plus.

Xiaomi had launched the Redmi Note 5A and Redmi Note 5A Prime back in August this year, but hasn’t announced any new additions to the series since then. The Redmi 5 Plus is presumably a higher-end version of the as-yet-unreleased Redmi 5. Sadly, not much is known about the phone at this point of time. It might feature the same 5-inch screen as the other members of the gang.

As for photography, a 13MP or 8MP rear camera and 5MP selfie shooter is to be expected. The Redmi Note 5 has also been a frequent presence amongst the rumor mills. The most recent ones allege that the device will get the benefit of 2 lenses on its back namely a 13MP and 5MP combination.

Dual cameras are a very popular trend in 2017, so it wouldn’t be shocking if Xiaomi decided to upgrade its budget lineup with an extra camera at the back. The company may release it in 3GB/32GB and 4GB/64GB options this time round. It may also be preparing for separate MediaTek Helio P25 and Snapdragon models, with the latter presumably hitting India.