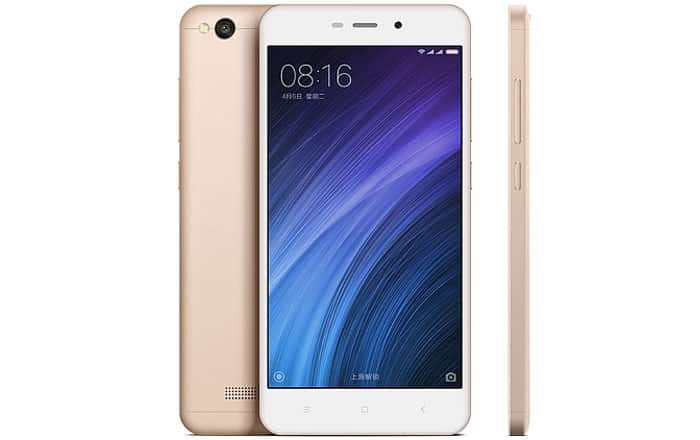 Xiaomi’s finally taken the veil off its latest affordable series in the form of not just one but three new phones. The Redmi 4, Redmi 4A, and Redmi 4 Prime act as sequels to the Redmi 3 series, striking its own path by featuring a metal unibody and significant spec upgrades.

The three continue the brand’s legacy of selling high-quality specs at budget rates, each targeting a different group within the entry-level market sector. Starting off with the Redmi 4A, the handset is the cheapest of the lot thanks to its CNY 499 (roughly Rs 4900) price tag. It sports a distinctive design which sets it apart from its brethren.

The Redmi 4A’s back has a 13MP rear camera and flash unit on the top-left corner and doesn’t feature a fingerprint scanner. A 5-inch display sits on the front outputting a 720p resolution. It gets things done with the help of a Snapdragon 425 processor and 3120mAh battery. In terms of memory, it packs 2GB of RAM and 16GB of expandable ROM.

Moving on to the Redmi 4 Standard Edition, the device will set buyers back by CNY 699 (approx Rs 6900). Xiaomi’s changed up its look by placing the 13MP PDAF camera and dual-LED flash more towards the center. There’s additionally a fingerprint sensor sitting below the module.

Specifications of the Xiaomi Redmi 4 Standard Edition at a glance: