The Xiaomi Redmi 4 and Mi Note 2 have gotten leaked yet again in the form of live images and renders courtesy Weibo. The highly anticipated smartphones are just a few weeks away from their official launch, with the former expected to come out on August 25 and the latter on September 5.

Starting off with the Mi Note 2, the handset can be seen in the above photo with a dual-curved screen, similar to the Samsung Galaxy Note 7’s design. If accurate, the sloping edge display will be Xiaomi’s first rendezvous with such a style. The brand has apparently filled the phone to the brim with premium specs like a Snapdragon 821 processor, 6GB of RAM, and a twin-lens setup.

Based on the freshly leaked renders, the Xiaomi offering will be equipped with a physical home button which will likely double up as a fingerprint sensor. Other notable specs include USB Type-C connectivity and two speaker grilles. Previous rumors have indicated that the smartphone will be sporting a 5.7-inch Samsung-sourced AMOLED panel. 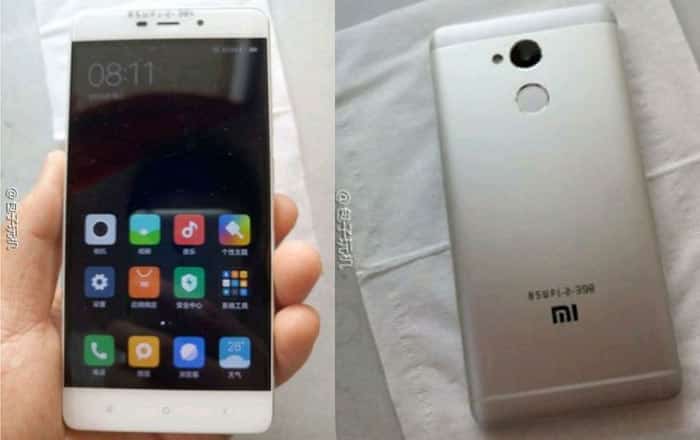 Moving on to the hands-on images of the Redmi 4, the device appears to be carved out of metal. A fingerprint scanner can be spotted on its rear surface, sitting next to a single camera and LED flash unit. One of the pictures reveals a number of specs including that it runs on Android 6.0.1 Marshmallow with a layer of the manufacturer’s MIUI 8 on top.