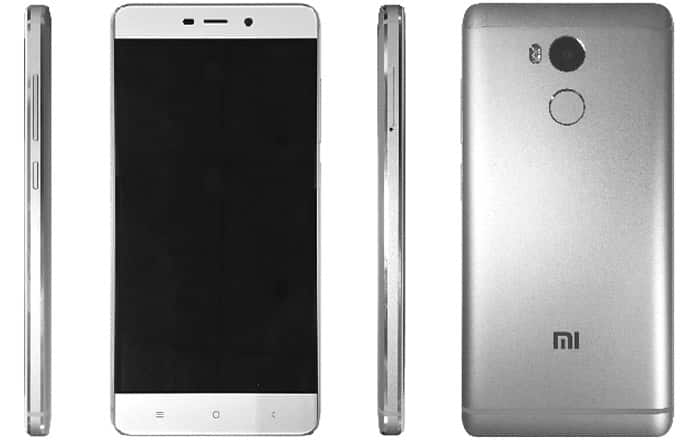 Just a few days after Xiaomi got done unveiling its latest premium products in the form of the Mi Mix and Mi Note 2, a new leak out of China gives us a glimpse at a decidedly more affordable option. The phone in question could very well be the Redmi 4.

To recall, the Redmi 3 came out in January this year and has been followed by a number of variations since. The freshly leaked handset might mark the beginning of the next chapter of the series if it is the Redmi 4. The device was spotted on Chinese telecom website TianYi with the code number 2016060.

The metal unibody build appears to be the same between the two, though the design has gone through some changes in the Redmi 4. Gone are the patterned rear surface markings, replaced by a smooth slab of metal. The camera seems to have shifted as well, now taking up residence more towards the center of the back.

Moreover, the photos suggest the module has gotten an addition flash unit to brighten up low-light environments better. Another key aspect is the presence of a fingerprint scanner below the lens. While the original Redmi 3 did not have the advantage of possessing such a sensor, its Pro, 3s and 3x variants did.

As for specifications, the Redmi 4 might sport a 4000mAh battery and 5-inch 1080p screen, a bump up from 720p. It could also carry a 13MP primary snapper, 5MP secondary shooter, octa-core Snapdragon processor, 32GB of ROM, and 3GB of RAM. It may come out in November this year.