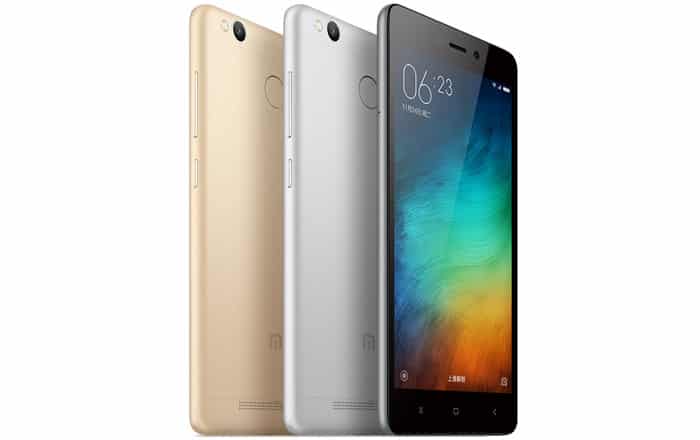 The Xiaomi Redmi 3 which is yet to set foot in India, has just been blessed with a 3s variant which boasts of upgraded features. Prime among the new additions is a fingerprint scanner which has been placed on the rear surface of the handset.

Moreover, the Xiaomi Redmi 3s also receives an octa core Snapdragon 430 processor, rather than the Snapdragon 616 model which the original device bears. As for the memory, two different options will be made available by the Chinese company.

Here’s a neat look at the specs of the new Xiaomi Redmi 3s:

Xiaomi has blessed this handset with a 13MP rear camera bearing an f/2.0 aperture, a single LED flash and phase detection autofocus. The front camera of this device has a 5MP sensor and an f/2.2 aperture. The battery running the show for the dual SIM 4G-capable Redmi 3s is still a 4100mAh unit.

For now, the Xiaomi Redmi 3s has only been unveiled for sale in China. It will be made available there on June 16. As for other nations, we’ll have to wait for some time to get the launch details of this device.