For whatever reason, Xiaomi has come to the conclusion that its ridiculously cheap Redmi 2A is still not affordable enough. It has hence gone ahead and reduced its price in China furthermore, bringing it down to 499 RMB which translates into around $80 or Rs 5100.

Those prices become even more mouth-watering when the specifications of the Xiaomi Redmi 2A are looked at. It ships with a 4.7-inch display with 720p HD resolution and nothing less. There’s quad core prowess onboard as well, thanks to its Leadcore LC1860C chipset.

Haven’t heard that name before? It’s a lesser known brand of SoCs which is based in China, and is extremely close to Xiaomi. At one point of time, there were even rumors that the company wanted to grab a 51 percent share in Leadcore. Who knows what happened to those plans. 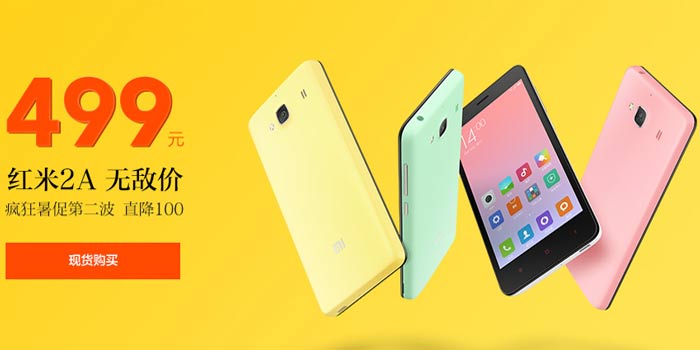 Coming back to the hardware of the Redmi 2A, 1GB worth of RAM and 8GB worth of expandable internal storage are its two other highlights. Imaging and video shooting enthusiasts have an 8MP rear camera to take advantage of, while the selfie obsessed can make use of its 2MP front snapper. This phone offers 4G LTE support, and runs the Android Lollipop-based MIUI 6 OS.

A sharp look at the specs of the Xiaomi Redmi 2A:

The Xiaomi Redmi 2A is still to make its way into nations other than China, and it’s high time the device began its international journey. Let’s see how much longer fans have to wait in order to get their hands on the device.