The now-old Xiaomi Redmi 1S smartphone hasn’t been left in the lurch by its maker, even as the Chinese company has announced the release of its MIUI 6 update that’s available now in the form of an OTA download. This build was unveiled back in February, but it’s only now that a stable version is ready enough for a full-fledged rollout.

What’s not pleasing at all is the fact that this update still does not push the phone’s software to Android 5.0 Lollipop. Yes, the MIUI 6 release for the Xiaomi Redmi 1S is based on the 4.4 KitKat variant of Google’s software. It should be noted that newer smartphones like the Mi 4i indeed come with a Lollipop-based version of MIUI 6.

Xiaomi has revealed a long list of changes that have seeped into it. These include new features as well as bug fixes and performance improvements. The Redmi 1S has been stuck at MIUI 5 ever since its launch, but its owners finally have something to smile about now.

This handset kicks in a 4.7-inch 720p HD display and runs on the combination of a 1.6GHz quad core Snapdragon 400 processor, 1GB worth of RAM and an Adreno 305 GPU. It was succeeded by the company’s very successful Redmi 2 earlier this year.

A short glance at the main specs of the Xiaomi Redmi 1S: 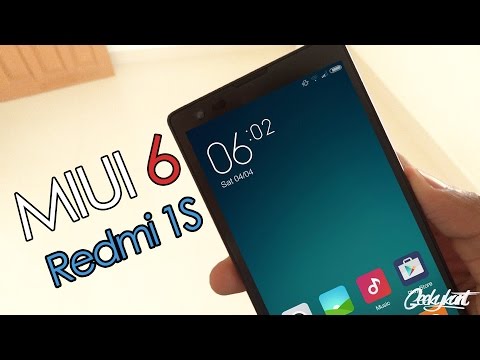 The Xiaomi Redmi 1S will be granted its MIUI 6 update in a progressive manner over the next few days.