Xiaomi is known for its affordable smartphones and smart devices, but it looks like the brand is interesting in branching out to more retro products. The company has begun selling a pair of feature phones called the Qin1 and Qin1s in China via a crowd-funding campaign.

It should come as no surprise that the campaign has exceeded its goals, with over 25336 people backing it and collectivity paying over CNY 7031964 (roughly Rs 70586756) for it. The Qin1 and Qin1s cost CNY 199 (approx Rs 1997) each and offer a number of advantages which ordinary features phones do not. 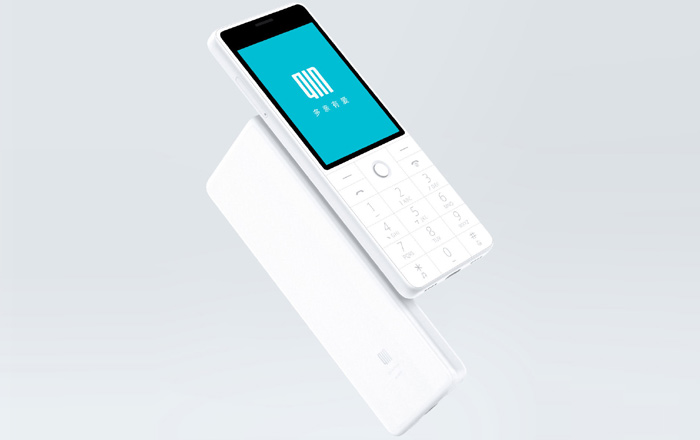 For instance, the Qin1s boasts of 4G connectivity. The Qin1 sticks to good old 2G. Surprisingly, both have been equipped with artificial intelligence and machine learning, allowing them to do things like performing real-time translations in over 17 languages.

Another unexpected feature is USB Type-C support, especially in a world where many smartphones still have microUSB ports, including Xiaomi’s. However, there is one glaring aspect missing from both the phones. Neither of them has a camera. It’s a strange omission to make, but it does fit in with the stripped-down aesthetic of the devices.

Perhaps Xiaomi knows blurry feature phone photos won’t cut it in today’s day and age, so there’s no point including them in a basic handset. The company has also sacrificed the 3.5mm headphone jack, a choice which is harder to justify.

As for other specs, the Qin1 and Qin1s get hold of a 2.8-inch QVGA IPS screen, dual-SIM support, and a 1480mAh battery which is supposed to last for 420 minutes of talk time and 15 days of standby time. Both grab Bluetooth 4.2 and Wi-Fi support as well.

Also Read: Xiaomi’s working on a foldable phone to take on Samsung

Xiaomi hasn’t said anything about expanding the Qin series to markets like India yet. It should definitely look into it though, what with Reliance’s 4G-ready JioPhone doing so well in the country.