Xiaomi will be unveiling its next global Mi smartphone in a couple of weeks and it has decided to host the official launch in India. This certainly shows just how important of a market the country is to the Chinese giant and the event is said to be held in the capital, New Delhi.

Great news as this is of a new global Xiaomi phone, the company is, however, keeping mum about what the device exactly is. We’re expecting something completely new or probably even one of the freshly revealed handsets which have been limited to the Chinese market so far. 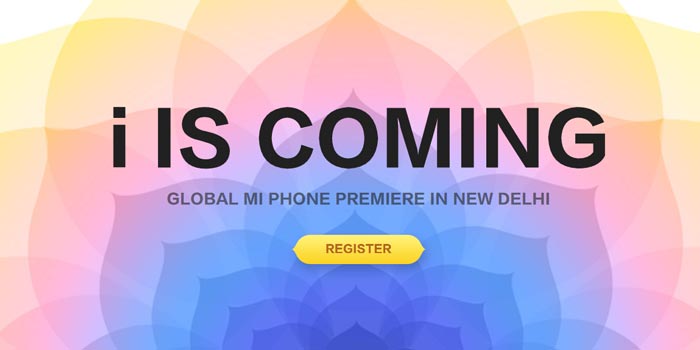 There are two possibilities for now, namely the Redmi 2A which is based on the Leadcore processor or the new Mi Note series. Xiaomi isn’t likely to host a huge event for an affordable device like the Redmi 2A and this would be a great venue to showcase the latest flagship which comes in two models, both offering high-end features.

A mystery phone from the company also showed up last month and there’s a good possibility of it being the highlight of the event. Spotted as the Xiaomi Ferrari, it was listed on GFXBench with upper mid-range features such as a full HD display, a 13MP rear camera and an octa core processor.

The Mi India website has disclosed that the global launch event is scheduled for April 23 at 2:30pm and the company’s top executives including Huge Barra (global VP), Bin Lin (president and co-founder) and Lei Jun (founder and CEO), will be attending.