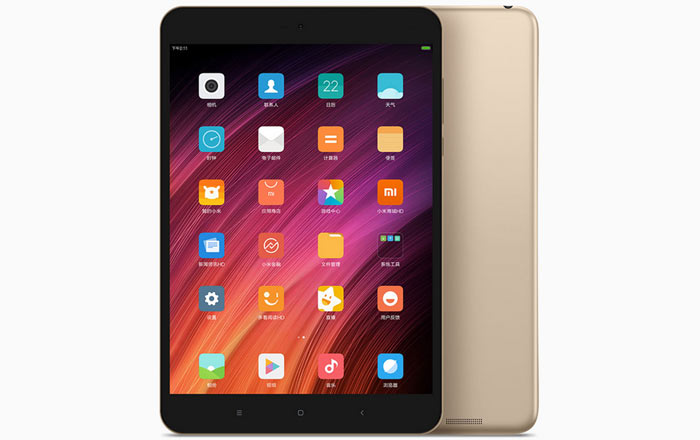 Xiaomi’s tablet series hasn’t seen any update since 2015, the year the Chinese major launched the Mi Pad 2. The manufacturer has now decided it’s time to change up the state of its lineup with a fresh entry simply dubbed the Mi Pad 3. The slate has appeared on the brand’s Chinese website without any announcements or fanfare.

The Mi Pad 3 doesn’t shake things up externally, sticking to its previous variant’s metal body design for the most part. The display still measures 7.9-inch diagonally and outputs a resolution of 1536 x 2048p. It’s slightly heavier and thicker at 328g and 6.95mm, respectively.

The biggest shifts have occurred under the hood. While the Mi Pad 2 was sold in Android and Windows 10 variants, the Mi Pad 3 only appears to be available in a MIUI 8-skinned model. Xiaomi’s also abandoned the former’s Intel processor in favor of a 2.1GHz hexa-core MediaTek MT8176 SoC.

Heavy-duty media consumers will be pleased to know that the Mi Pad 3 has a higher-capacity 6600mAh battery. The unit can apparently last for up 12 hours of video watching and 867 hours of standby time. Even the rear camera has been promoted to a 13MP unit with an aperture of f/2.2 and 1080p video recording skills.