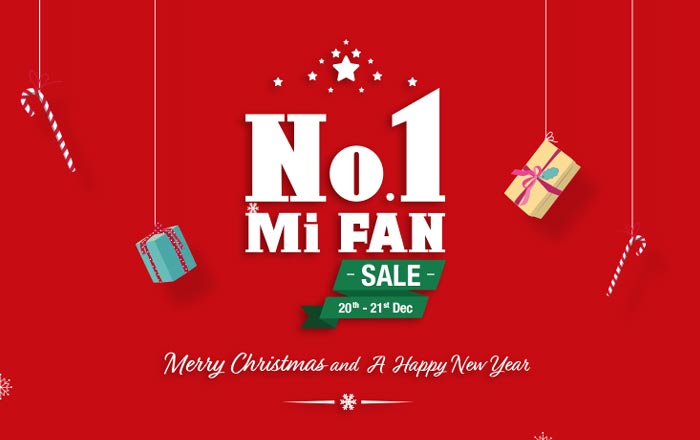 Xiaomi’s No. 1 Mi Fan Sale has kicked off and will last until December 21, offering a number of deals and coupons to usher in the Christmas and New Year holiday season. A couple of new launches are available during the 2-day extravaganza, in addition to the company’s popular Re 1 flash sale.

Products on offer at just Re 1 include the Redmi 5A, Mi Band HRX Edition, Mi Wi-Fi Repeater 2, Mi VR Play 2, Mi Router 3C, and the Redmi Y1 Lite. Units are limited, so you’ll have to be quick about it. If flash sales aren’t your thing, you can look to Xiaomi’s open sales.

You can check out Xiaomi’s No. 1 Mi Fan Sale here.