After Xiaomi, Microsoft is in talks with OnePlus over possible Windows Phone handset

Microsoft has already managed to offer great devices in the budget market, but its performance-driven releases are much too expensive. To solve this problem, the Redmon giant has approached two of the most renowned names in the market, known for offering Android handsets with flagship performance, but at extremely attractive prices.

We already know that Xiaomi and Microsoft have been in talks and now, OnePlus has also confirmed that they have had discussions with the software giant over a possible Windows Phone launch, during an interview with The Economic Times. The company hasn’t decided as yet whether they want to foray into the WP ecosystem, but they’re ‘still looking into it.’ 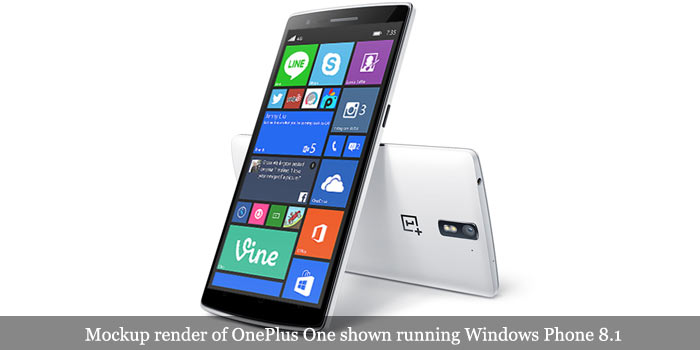 So there’s still a good possibility of seeing an OnePlus Win smartphone in the not too distant future. In fact, the Chinese OEM could pull the same move as HTC and offer its current One flagship or the upcoming OnePlus Two with Microsoft mobile OS pre-loaded instead of Android, sans any modifications to the hardware.

OnePlus is currently looking to expand its reach to many new markets around the globe. The company’s flagship phone can be purchased in the US, China and across Europe and it will soon go on sale in India as well. The OEM will also be entering the Malaysian market in the coming months.

Here’s a quick look at what the OnePlus One has to offer:

With companies like Xiaomi and OnePlus as partners, Microsoft’s Windows Phone OS will see wider reach, especially in China where both OEMs are quite popular.