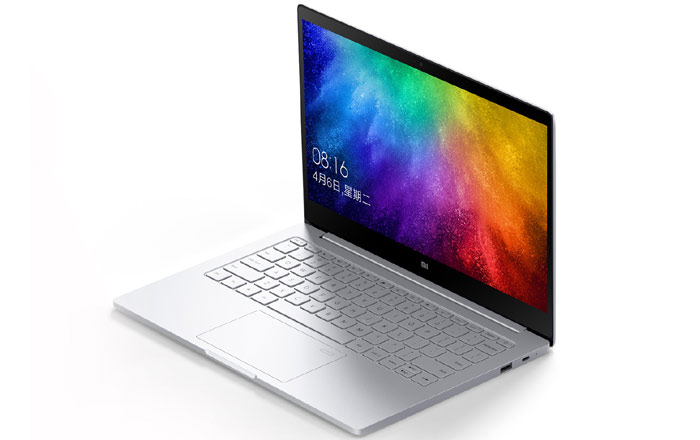 Xiaomi’s come out with three new 13.3-inch laptops under its Mi Notebook Air series of sleek MacBook-rivaling devices. Each has been revamped with faster Intel Kaby Lake processors to allow for a speed boost, but look mostly the same as last year.

The biggest change in terms of features is the rectangle-shaped fingerprint scanner located at the top-right corner of the trackpad. It can be used to unlock the Mi Notebook Air and authorize payments online. The trio additionally comes with 4G LTE modem support for added connectivity options.

The top-of-the-line Mi Notebook Air doesn’t have a price tag yet. It boasts of a seventh generation Intel Core i7 SoC clocked at 3.5GHz and 256GB of SSD storage. The new CPU has apparently resulted in a 10% improvement in performance.

All 3 Mi Notebook Air variants ship with 8GB of RAM inside and a new NVIDIA GeForce MX150 graphics card with 2GB of GDDR5 memory to help it along. Custom AKG speakers and Dolby Audio Premium make sure sound is of the highest quality.

We’ll keep you updated if and when the Mi Notebook Air makes its way out of China.